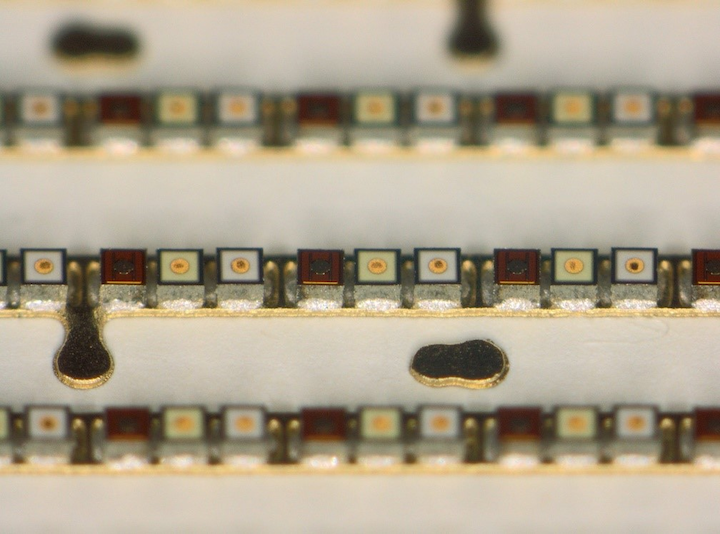 Osram Opto Semiconductors, a world leader in the optoelectronics industry, today announced the completion of a three-year research project, InteGreat, designed to investigate and optimize traditional LED manufacturing approaches. Between late 2014 and early 2018, Osram led a consortium of seven research partners from across the industry to examine the entire LED production process and identify key improvements. Insights produced from this research allow LED products to achieve superior properties that otherwise would have been difficult or even impossible to reach with previous production.

At the heart of the project was wafer-level packaging, as well as investigations into planar contacts. One of the pioneering approaches to emerge from the project is planar interconnect technology in which the bond wire is replaced by a thin flat metal connection. This moves the surface emitter to the surface of the package. The light can therefore be used more directly, unlike with conventional components. This leads to smaller losses in efficiency and luminance and, consequently, to greater brilliance while improving cost savings. Other new value-add technologies for functional full-color video wall modules with a pixel pitch of 1 mm were successfully demonstrated.

“The results of the InteGreat research project represent a major advance for the future of LEDs. Our powerful consortium of partners from science and industry has delivered extraordinary achievements in three years. Once again, we have been able to demonstrate the powers of innovation in Germany as a center of scientific know-how,” said Frank Singer, Predevelopment Group Leader at Osram Opto Semiconductors.

The results of the project can be applied not only to large-format video walls, but also to new applications such as in ambient lighting and sensor systems. Thanks to the modular structure of the project, which included four work packages, many results can now be quickly transferred to product development and production. The integration of LEDs in industrial applications and in areas such as the mobility of the future can be accelerated. The results also open huge possibilities in infotainment.