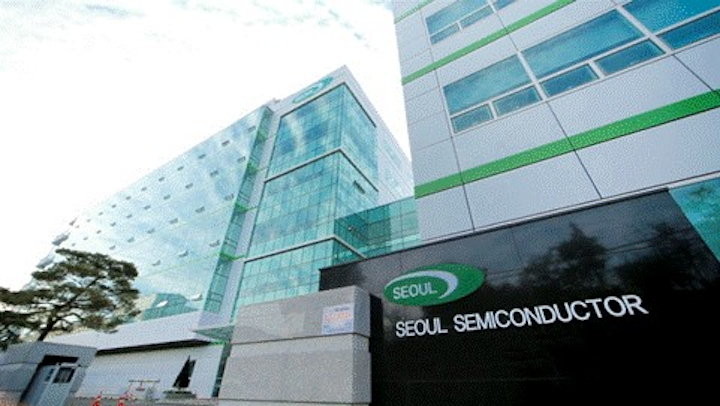 Seoul Semiconductor, (KOSDAQ 046890) (“Seoul”), a leading global innovator of LED products and technology, announced that it has filed a patent infringement lawsuit against Conrad Electronic S.E. (“Conrad”), a large European retailer of electronic products. The lawsuit was filed in Germany in the District Court of Mannheim.

This litigation is the second one involving mobile phone products following a litigation against Conrad for infringement of backlight LED units filed in July. According to the complaint, LEDs for flashlights of mobile phones sold by Conrad are infringing Seoul’s patent. The patent involved in this litigation is Seoul’s “Roughened Light Extraction Surface” technology that efficiently extracts light emitted from the internal LED structure by treating LED chip surfaces, thereby significantly improving light intensity and brightness – a fundamental technology of LED chip fabrication.

This patent has already been the subject of an injunction from a German court in December 2018 against LED products from a top 10 global LED manufacturer. The patented technology has now been registered in 12 major countries, including the United States, Europe and Asia, and has been widely used for automobile headlamps, UV and outdoor lighting, as well as mobile phone flashlights.

Comparison of each generation’s characteristics

To protect its patent rights, Seoul has already filed three patent infringement lawsuits against distributors of suspected infringing products in Europe alone. Seoul plans to expand its enforcement further given the confirmation of its technology from the German courts, where Seoul has obtained permanent injunctions against infringement of their patents. Such patented technologies are widely applicable to high-power and mid-power LEDs.

“We hope that Seoul's success story could be a good example for young entrepreneurs and small entities who want to follow their dreams,” said Chung Hoon Lee, founder of Seoul. “Seoul will continue enforcement actions against manufacturers, distributors and end-brand companies that do not respect intellectual property. We will also take all necessary actions against companies that lure our employees away in an attempt to gain unlawful access to Seoul’s trade secrets.”