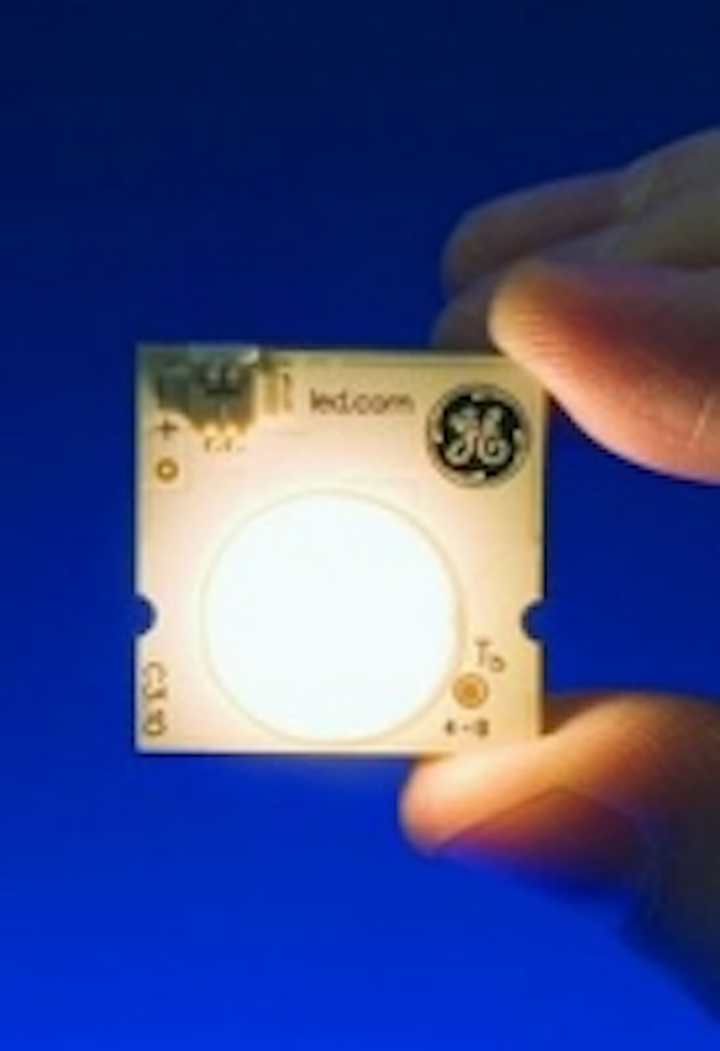 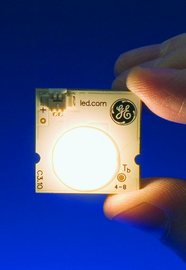 Lumination scientists create VIO high-power white LEDs by combining 405 nanometer violet chips with a proprietary blend of phosphors. The VIO violet chip operates at a higher efficiency wavelength than blue LEDs. Phosphors applied to the hemispherical lens of the VIO LED convert its violet wavelength to white light. VIO LEDs are offered in 3500K and 4100K color temperatures that can be used in many standard fixtures designed for general illumination applications.

“The availability of Lumination’s VIO high-power white LED is a significant milestone on the path toward general illumination with GE-quality LEDs,” comments Kraig Kasler, vice president of marketing, Lumination, LLC. “Our investment in this major new product underscores the commitment we made earlier this year to pursue global distinction in the general illumination market. We think our violet-chip technology offers the best available control of color shift in white LEDs.”

The color of Lumination’s VIO high-power white LED is so stable that its light can be used with confidence as a replacement for traditional general illumination light sources.

“With this new product, we’re ushering in a new era for lighting fixture OEMs and designers,” notes Kasler. “Incorporating LEDs in a lighting scheme is more than a novel approach or smart move from an energy standpoint. Based on its performance, our VIO LED is a real alternative light source that will maintain a consistent appearance over a period of years.”