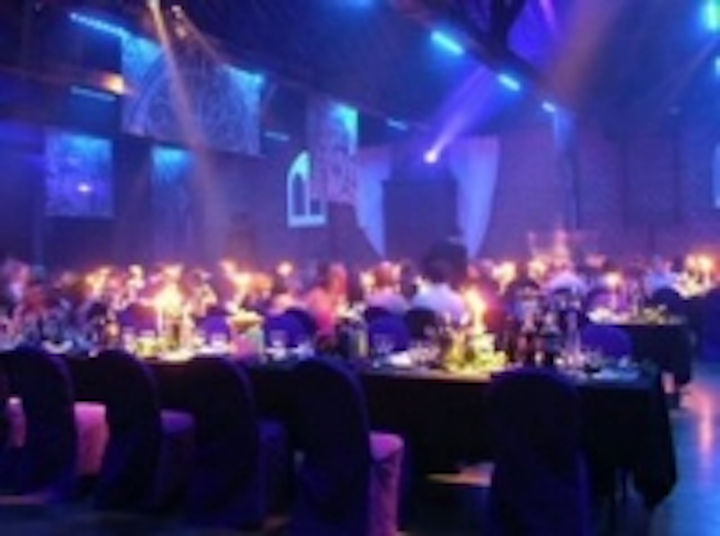 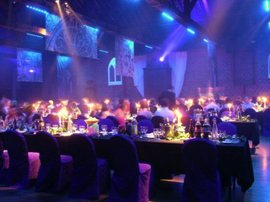 Met3 has supplied a complete new and largely bespoke LED interior architectural lighting scheme for the Brewery, one of the largest, most attractive and most popular corporate event venues in London.

John Montague from PSL Lighting was asked to revamp the in-house lighting throughout the venue’s eight specific areas – which includes the main Porter Tun room, plus seven smaller rooms.

When he realized that he needed a completely tailored solution, Montague came to Simon Harris and Nigel Thomas from LED manufacturer Met3. They in turn came up with a series of special fixtures.

The main challenge says Montague, was that they needed a good quality and bright light source that could be installed without physically being attached to any of the building elements – including the roof beams where it was proposed to put the fixtures. The Brewery is English Heritage listed and therefore subject to very stringent restrictions.

The lighting also needed to be dynamic and versatile to suit the needs of the many production companies that utilise the Brewery for assorted functions, parties and presentations.

The main new and special fixture designed for the project, is the 1 m long Met3 Intellicove (i-Cove) fixture. It contains 24 RGB pixels (using very bright 1 W Luxeon emitters), and each second pixel is addressable, giving 12 RGB channels on each unit. This means a whole range of effects like ripples, waves and numerous others are possible

The elegant units are only 22 mm wide and 15 mm deep, and are extremely light in weight. They had a maximum weight loading of just 10 Kg on each roof beam, which had to include all the cabling.

To install the six i-Cove strips on each of the 11 roof beams, PSL using Montague’s design had fabricated a series of custom cast iron fittings that were matched in appearance to the original beams. These fit over them and hold up the LEDs. On one side of the beam are the RGB strips and on the other are specially adapted Met3 white LED strips, featuring 3 W Luxeons, which are used for task and general lighting, mounted in the same sized housings.

"It was fabulous working with a company like Met3 on this" said Montague, "They produced exactly what was needed and nothing was a problem. They worked flexibly, laterally and extremely fast".

In the end, the turnaround time once the lighting scheme received the green light was just five weeks for manufacturing, and three weeks for installation and delivery of the project throughout the entire building.

At the end of each beam is a pair of Met 3 "Mini Beamers" focused into the roof for additional effect (44 in total), in addition to the i-cove on the beams pointing down, with six on each beam, of which 11 are white (non-CTO) on the beams.

The fixtures are all pixel mapped through a Hippotizer media server, which offers three control options. The first is via Artistic License Light Switches with preset buttons for on/off colour looks. The second is via a custom DMX panel designed by PSL and Met3 and put together by Montague and PSL, allowing a DMX line to be fed into the Hippotizer with the pixel map as another media layer. The entire pixel mapping was carried out by Montague and PSL in conjunction with Green Hippo.

In addition to the lighting in the Porter Tun room, Met3 also supplied a selection of their standard Met3 products to PSL for the other seven rooms, including 40 Technicolour TC Bars, 60 TC12 (PAR 30 type) fittings, more than 100 standard colour cove LED strips, as well as further e i-Cove strips.

The Brewery are delighted with the results, reports Montague, and have asked him to light the stairways and the exterior as phase two of the project.