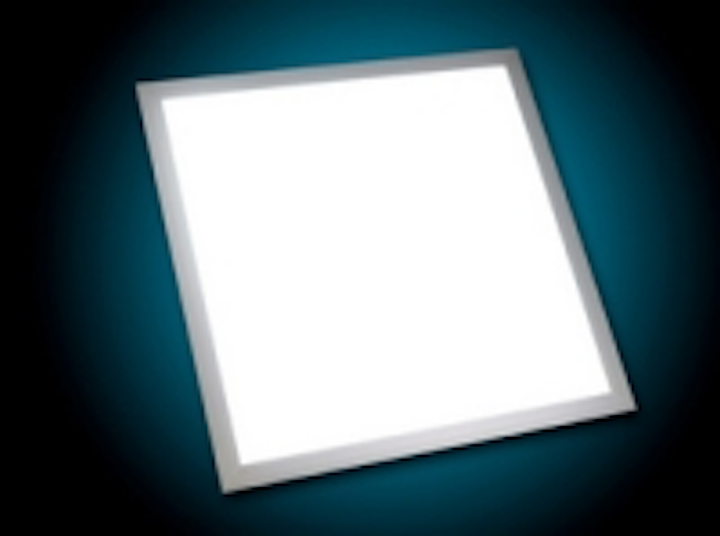 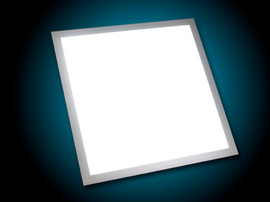 “This represents a significant advancement in performance over our standard OL2 Series flat panel ceiling light assembly, thanks to the use of higher efficiency LEDs and GLT optics,” said Brett Shriver, Director of Sales & Marketing. “It is UL-certified for sale in the U.S. and Canada.”

The LEDs used in the new panel have increased in brightness from approximately 100 lumens up to 130 lumens. Using the same number of LEDs (100) as in the previous iteration of its 2x2 ft.-square UL-certified flat panel downlight, GLT is able to offer an increase in brightness of up to 3,250 lumens at a color temperature of 4,000 K, compared to 2,450 lumens at the same color temperature for the standard product at the same level of power consumption (46 W), with no increase in price.

The 70 lumen-per-watt target was achievable in the past only through direct illumination by the LEDs using a thicker light box approach, or by densely packing the LEDs through all four edges of the light guide plate (LGP). GLT, however, has reached this milestone while still maintaining the thin profile and with LEDs spaced along only two edges of the LGP. This allows for a lower cost ceiling light than was available in the past at these performance levels.
Pricing for the new 70 lm/W flat panel downlight assemblies begins at $122.79 each in volumes of 100 pieces. For additional pricing information, specifications and test data, contact GLT.