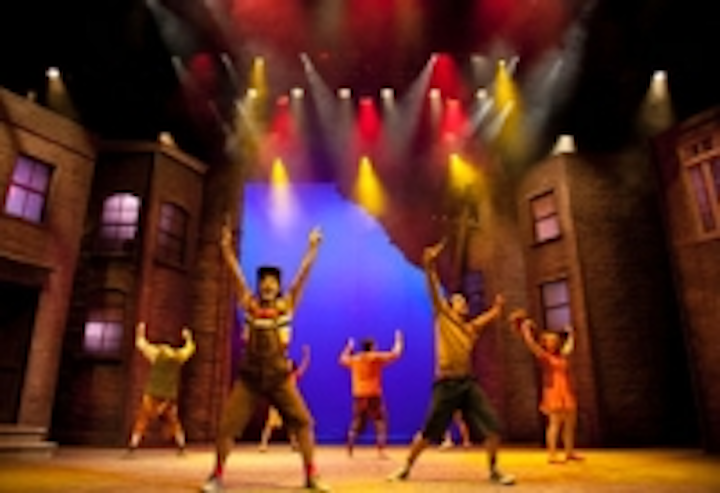 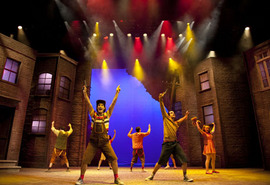 The buoyant theatre market in Israel is also proving to be a big success for Robe moving lights, and in particular the new award winning ROBIN Series – which includes the LEDWash 300, 600 and 1200s and the new MMX Spot.

Two recent major productions – the Willy Russell classic “Blood Brothers” at the Beit Lessin Theatre and “I Gave You My Life” which is ongoing, detailing the life and music of singing star Danny Sanderson at the Rubina venue of the Habima (National) Theatre, both in Tel Aviv – have utilised Robes as key elements of the lighting design.

The show’s lighting designers are Meir Alon (I Gave You My Life) and Uri Morag (Blood Brothers), and the Robes were supplied by the busy Israeli distributor, Danor Theatre & Studio Systems, based in Hod Hashron.

This is the oldest theatre in Israel. It has four different venues of which the Rubina Theatre is the largest with a capacity of 900. In the last four years, the whole theatre has been undergoing a major refit and upgrade throughout, including a substantial investment in new lighting technology.

They decided on Robe for two major reasons. The first was the brand’s reputation for reliability compared to any of the other alternatives, and secondly, because of the excellent service and support that they receive from Danor, who also supplied all the conventional elements of the Theatre’s new lighting package.

Before committing to the purchase, Habima had hired in Robe fixtures for several productions, so Alon and his crew also all had plenty of first-hand experience of using the products.

‘I Gave You My Life’ is the first production to utilise the Habima Theatre’s new Robes – with six MMX Spots and 12 LEDWash 600s included in the design for the show which is playing an initial run of 50 performances.

The MMXs are positioned overhead at centre stage and to the front sides of the stage each side, with the LEDWashes dotted around the overhead rig, and used to generally flood the whole stage area with different colours.

The MMX dual animation wheels and gobos are used extensively, and the intensity of the LEDWashes covers the large area easily.
Lights for the production are being operated by Yaron Shosh and Alon Cohen using Compulite Vector Red and Vector Violet consoles.

LD Uri Morag specified eight Robe MMX Spots and 12 ROBIN 600 LEDWashes for this show, having used them previously, and knowing what creative value they would bring to this production.
He likes the light weight of the fixtures. Apart from being a great advantage to many of the competitor products, in this case, it has also enabled him to maximise the theatre’s flying facilities.
Both the LEDWash and MMX Spot have great features that helped realise his illuminative ideas.

The 900 capacity theatre was established 25 years ago, and has often rented Robe moving lights for larger productions in the past, but not these particular ones.

The LEDWash 600s were rigged in two separate positions, six were upstage and used to wash the back wall of the set, while the other six were overhead centre-stage, to flood the area directly below with a variety of unique colours.

The MMX Spots were also rigged in the central area and used for key lighting actors and for special effects and spot-cues for some of the songs.

Morag made much use of the dual animation wheel in the MMXs, with its fabulous selection of gobos and numerous possibilities for creating intricate and subtle effects.

The lighting was controlled by a Compulite Spark 4D desk.

Summing up, Danor’s Erez Hadar states, “Robe has brought the right products to the market at the right time for all types of theatre shows. This is not just restricted to theatre shows, we are finding a huge demand for Robe new products, specially the MMX and the LEDWash series’ on every type of stage performance, whether it’s a rock concert, a TV show or any other live event.

“The new ROBIN line of products gives great value for LDs and operating companies, the fixtures are light weight and with powerful output.”