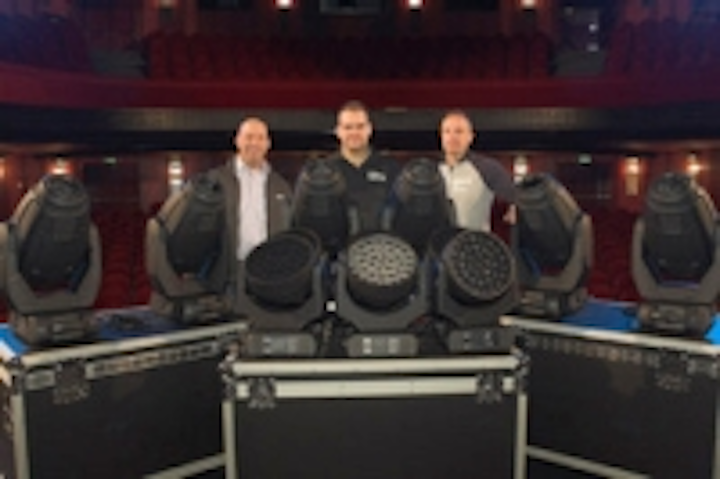 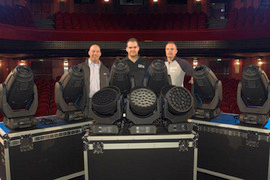 Robe is once again proving itself to be the moving light of choice for multi-purpose installations, with a brand new package of ROBIN 600 LEDWashes and ROBIN MMX Spots delivered to De Nieuwe Doelen, a 560 capacity venue in Gorinchem, The Netherlands.

The popular and well patronised theatre is both a producing and a receiving house with a busy programme of over 200 shows a year featuring all types of live performance from music and dance shows to dramas and comedy nights.

Technical manager Peter Visser - also the main in-house lighting designer - was asked by the theatre's Director to produce a plan to upgrade their lighting rig. They were regularly renting in moving lights for their own productions, and this situation reached a point where it became a more cost effective solution to purchase.

"We wanted a high quality brand," explains Visser, who included his full team of seven technicians in the decision making process.

They conducted several shoot-outs in the theatre. Robe was the clear winner and so they confirmed the deal for six of each type of fixture.

Apart from the excellent performance and all the features and functionality offered by both the LEDWash 600 and the MMX Spot, the units were also very competitively priced.

On top of this was the "Fantastic" service and support they knew they could rely on from Robe’s Benelux distributor, Controllux, adds Visser.

"Robe's LEDWash 600 is definitely the best LED wash light on the market at the moment" he continues, saying that he’s well impressed with the light output - both in quality and quantity – together with the seamless colour-mixing system.

The light weight of the fixtures is a big advantage and very popular with all technicians! With the maximum legal weight liftable by one person in a venue in the Netherlands being 25kgs, ‘smaller, lighter, brighter‘ keeps everyone happy .. and the LEDWash 600 is a mere 10.6Kgs.

Silent running was another consideration as this is essential for drama shows, the spoken word, recitations and talks / lectures / discussions. Once again the LEDWash and the MMX scored highly.

The fixtures can be moved around De Nieuwe Doelen. They are rigged on a series of automated fly bars that are part of the main grid above the 10 metre wide by 8 metre deep stage.

Another great benefit of the new LEDWashes is the reduced running costs - no replacement lamps or gels and less on-going maintenance will be needed. Combined with less electricity consumption, this has the dual advantage of being kinder to the environment, an attribute also true of the MMXs.

The lights were supplied by the Dutch office of Controllux via locally based rental company Match Audio & Vision, who have their own rental stock of Robe fixtures. Match's Robert Pigeaud co-ordinated everything with Controllux’ sales manager, Gerrit Schottert.

Although this is the first time that they have acted as a re-seller for Controllux in this way, Match Audio & Vision has been involved with supplying technical elements to Die Nieuwe Doelen since the 1990s, which has included several phases of lighting and sound refurbishments and upgrades.

The new Robes are all controlled by a Road Hog Full Boar console. Their first show was an Awards event honouring the Gorinchem area’s Sportsmen and Sportswomen of the Year.

Visser and his crew are absolutely delighted with the lights.

He reports, "Apart from the scope and versatility they give for our own shows, it means we can offer top quality production values and the latest technology to each and every visiting production".