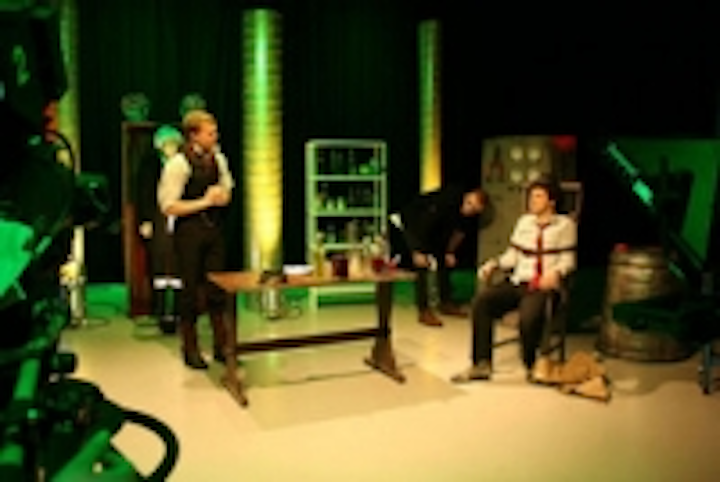 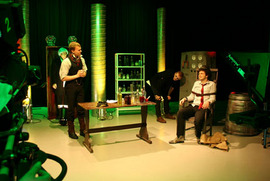 UK-based Lincoln University has invested in 30 Chroma-QTM Color ForceTM RGBA LED fixtures for its two television studios at the campus’s Media Broadcast Production Centre, which have recently been upgraded to full multi-camera and HD spec. facilities.

The University runs a variety of the UK's leading media orientated courses and the TV studios are used for full programme productions and an assortment of other associated functions.

Chroma-Q Color Force was chosen after extensive research by Studio Engineer and Technical Specialist Steve Judge, who also teaches the practical and technical elements of courses to any students using the facilities.

Steve comments, “The quality of the light output from the Color Force fixtures has already made a massive difference to programme making and the depth of the colours looks superb in HD.” The fact that they can also produce a variety of ‘proper’ whites at different colour temperatures is also a great advantage to studio work.

The decision to go with Chroma-Q was enthusiastically endorsed by Media & Broadcast manager Geoff Thompson, who comments, “The LED lighting has transformed workflow and had a huge beneficial impact on our TV studios, with students experiencing ‘state of the art’ technology first hand.”

The University’s pursuit for LED lighting originally started about two years ago, when Dean, Professor David Sleight visited the BVE North show in Leeds and learnt the many advantages of switching to an LED-based lighting system.

Steve then started comparing brands methodically, noting features such as CRI, which is an excellent 92 in the Color Force thanks to the range’s wider RGB plus Amber colour mixing palette, and the fixture’s smooth homogenised light engine, which creates a “beautiful” uniform spread of light. Completing the impressive spec. were the range’s massive light output and theatrical-grade dimming. With all the essential features onboard, he adds that they are also very well priced.

During their research into LED replacement, Steve and Geoff learned from their Carbon Footprint Officer, Cara Tabaku that the faculty would be eligible for a Carbon Reduction interest-free loan. The conditions stipulate that the equipment has to pay for itself within five years and has to be capable of saving 90% of the energy of the sources being replaced.

One Color Force 72 at 720 Watts can now be used in place of four cyc lights at six Kw, representing a significant long term saving in electricity as well as air conditioning, with so much less needed to keep the studios at comfortable working temperatures. There is also less ladder climbing to do, while changing gels and lamps is becoming a thing of the past.