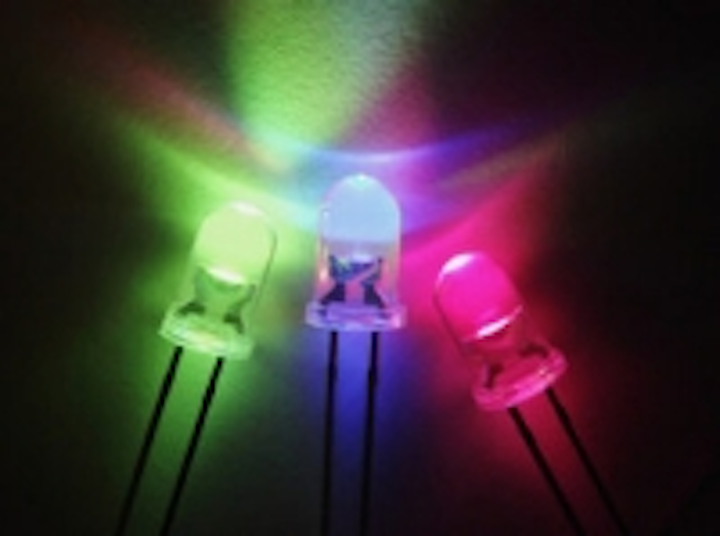 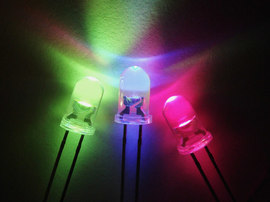 The Spectrafill family is a set of RGB LEDs that each produce three times wider spectrum than ordinary RGB LEDs. This means that light from these LEDs contains all color shades in the red, green and blue regions. Three Spectrafill LEDs can completely fill the entire visible spectrum without any gaps, making high color rendering index (CRI) white light systems possible. Such lighting systems also allow the shade of white light to be controlled, thus allowing users to adjust the color balance according to taste and requirements.

Electrospell has also released two exceptionally high-quality white LEDs. Tungsten LEDs produce a soft yellowish-white light which is indistinguishable from conventional incandescent bulbs. These LEDs mimic tungsten bulbs so well that they turn off with a red glow just like a tungsten filament turning off! Tungsten LEDs are suitable for all general purpose solid-state lighting applications. Luminaires made from Tungsten LEDs can deliver very high quality light for many lighting applications as their spectrum has been tailored to be the same as that of ISO studio quality tungsten lamps. Flat-white LEDs produce a pure white light with no colour bias. These can be used for display applications in both monochrome LED displays and as backlights for LCD displays. Flat-white LEDs are also particularly suitable for retail lighting and other very high CRI (>95) applications.

LEDs from both of these families are available through Electrospell’s UK and US locations in a number of different package options. Further information, including leaflets, brochures and datasheets can be obtained from the Electrospell website: http://www.electrospell.com

About Electrospell -
Electrospell Ltd. is a private electronics company with presence in the UK and the US. Electrospell develops, manufactures and sells functional electronic materials, LEDs and batteries. Electronic material offerings from Electrospell include, Thermodime - diamond-based thermal conduction material for cooling power LEDs and other components, organic conductors, electromagnetic shielding materials and printed circuit board fabrication materials. The LED product range includes very high color performance color and white LEDs for all illumination applications. Several new LEDs are under development and will be released soon.