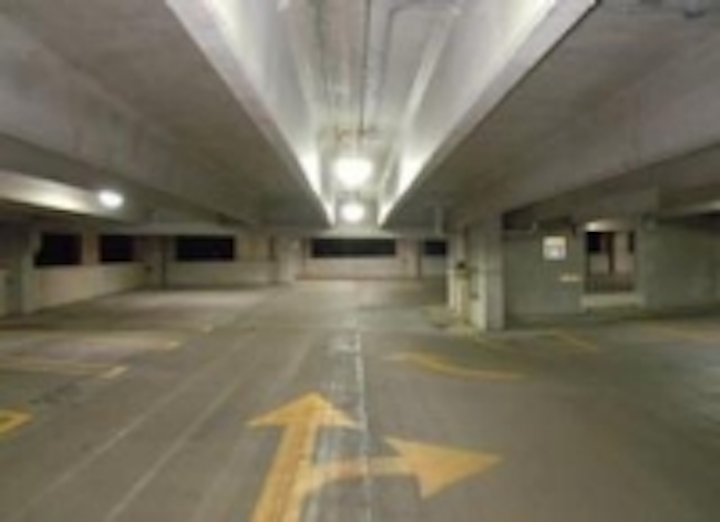 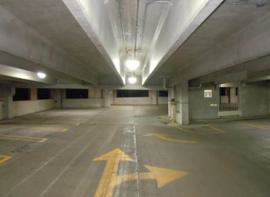 The Village of Palatine, IL is a growing suburban community 25 miles northwest of Chicago. The Gateway Center Parking Garage is one of several public parking facilities that the city operates. Recently, the city felt the impact of the federal stimulus package on both their energy and maintenance costs when they retrofitted the four-tier garage with LED lighting fixtures.

Director of Public Works Matthew Barry looked for ways to improve the village infrastructure and reduce operating costs. The village’s access to a federal energy grant came via a State of Illinois, Department of Commerce & Economic Opportunity Grant. Requirements for a grant on a project of this nature included an ROI of 7 years or less.

In the spring of 2010, Barry approached Walker Parking Consultants in nearby Elgin for assistance in finding ways to improve the Gateway Center Garage lighting. The initial project design goals that the village set included:

Brad Navarro, the Project Engineer from Walker, conducted a series of engineering studies that included test installations of LED luminaires from six different manufacturers. Products were considered only if their design specs could meet the IESNA requirements for minimum light levels in parking structures. Each installation was evaluated over a month. The installations were reviewed for performance and visual acceptability, even aesthetics.

Garage users were surveyed to see what they liked best. Even the elected officials of the village were given the opportunity to review the installations, since they would make the final decision in awarding the contract. Various comments included the note that ‘see-ability’ has increased. “The lighting goes all the way to the wall and there are no dark spots.”

Based on Navarro’s test results, Barry recommended the PS14 series parking garage fixture from EvoLucia Lighting to the village board. Lighting levels were similar to the existing lighting, with low glare and the highest uniformity provided of the tested units.

The 451 existing metal halide luminaires in the garage consumed 232W each. Power draw of the EvoLucia product is 90W, saving more than 140W per luminaire. The cost analysis provided by EvoLucia showed a Simple Payback on Incremental Cost of 1.22 years, while the Ten Year IRR, Cash Basis, was 84.5%, making this the desired product.

LED lighting improves on older HID technology with a flatter lumen depreciation curve. Light loss over the life of the luminaire is minimal. It is also not affected by the vibrations and temperature variations typical in parking garages. LED luminaires such as the PS14 also assist in meeting LEED requirements for energy efficiency.

Steve Simon, owner of Public Electric Construction Inc., was the contractor on the project. Removing each previous luminaire and installing the new fixture took less than 18 minutes. Simon remarked “It was very easy. A nice job.” He appreciated the high quality of the luminaires and components as they were performing the job. Installation was finished in December 2011.

Director Barry was pleased with the results of the project. “We’re happy to share the good news. We didn’t have a preconceived view of what product we wanted, so we brought in an independent third party to help determine how to proceed. And we successfully implemented it… We had no negative comments from users.”

Savings in both energy and maintenance costs has helped the Gateway Center Garage pull out from a shadowy spot on a higher level and exit the older metal halide system, turning right on to easy street.