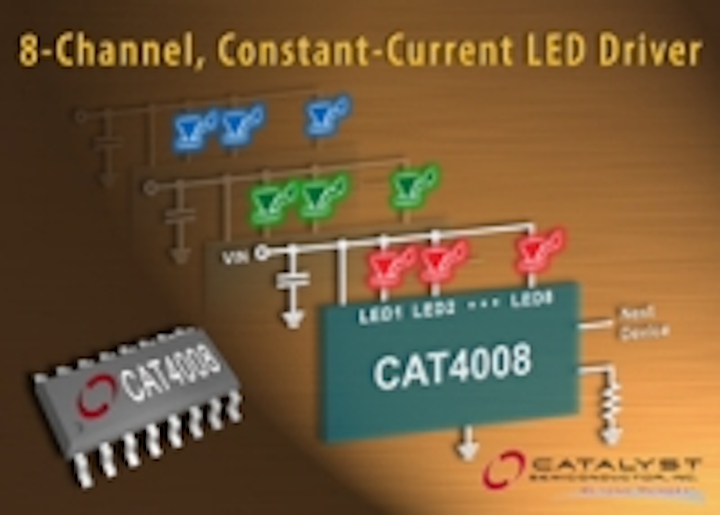 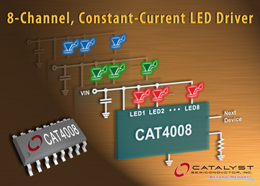 The CAT4008 LED channels can operate with an output voltage on the LED pins as low as 0.4V (for 2mA to 100mA LED current), to enable more power-efficient designs. The nominal LED current is set by an external resistor. A high-speed, 4-wire serial interface with up to 25MHz clock frequency, controls each of the 8 channels using a shift register and latch configuration. A serial output data pin allows multiple devices to be cascaded and programmed via one serial interface. The CAT4008 features a blanking control pin (BLANK), which can be used to disable all channels independently of the interface. Additionally, on-chip thermal shutdown protection disables the LED outputs if the die temperature exceeds a set limit.

The CAT4008 is available in a 16-lead, 150 mil SOIC package and offers a replacement for popular devices from Macroblock, Toshiba and others.

The CAT4008 LED driver is priced at $0.49 each in 10,000 piece quantities. Samples of the CAT4008 are available now. Projected lead-time for production quantities is currently 6 to 8 weeks ARO.