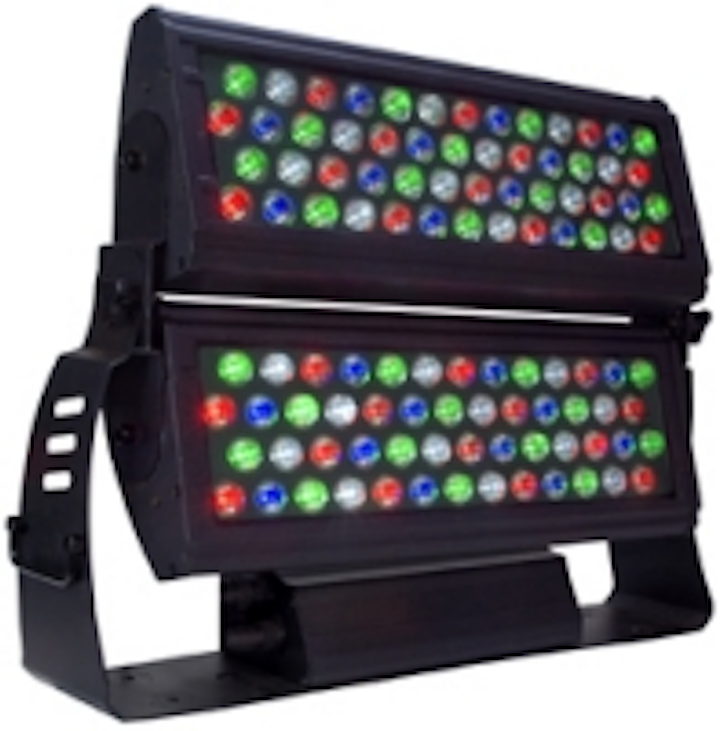 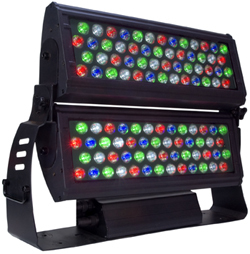 Los Angeles - It may not be Superman, but Acclaim Lighting’s new Rebel Band 600 can scale 100’ buildings with amazing ease. This incredibly powerful IP-rated LED wall wash will definitely be a “superhero” for lighting professionals in search of a solution for long throw dynamic illumination of large structures, façades and landscapes.

The biggest and brightest LED fixture introduced by Acclaim to date, the Rebel Band 600 is equipped with 104 high-power Rebel LEDs. It provides enough output and covers enough area to handle large-scale applications where LED fixtures typically haven’t been used, such as washing 100’ building façades.

With an IP-65 rating, the Rebel Band 600 is able to withstand rain and dust, so it can be used either indoors or outdoors. In addition to architectural applications, its precise light distribution and extremely even field make it perfect for high-impact stage scene settings.

Whatever the application, the Rebel Band 600 will offer added flexibility, thanks to its innovative dual-panel design. Its 104 LEDs are divided between two panels, each of which is individually adjustable, giving you greater control when illuminating large spaces.

To provide lighting professionals with even more versatility, the Rebel Band 600 is available in a wide range of beam angles and LED colors. It comes standard with a 5° beam angle lens, but lens options of 10°, 25°, 40°, 60° and 5°x20° are also offered, allowing you to specify the output of the fixture based on your application. You can also get this super-size wash in a variety of color and white versions, including RGB, RGBW, RGBA, CW, NW and WW.

“The Rebel Band 600 brings the smooth color mixing and cost saving advantages of LED technology to larger spaces, creating a whole new set of possibilities in architectural applications,” said Eric Loader, director of sales for Acclaim Lighting. “Because of the brilliance and color saturation of its 104 Rebel LEDs, you can work in big spaces without losing any of the qualities that go into a dramatic lighting display.

“When you use an LED source larger applications, its advantages are actually magnified,” added Loader. “LEDs consume less energy and have a much longer lamp life. As important as these advantages are with smaller fixtures, they become even more significant with longer throw lights, because the lamps are bigger and more expensive.”

At full intensity RGB, the Rebel Band 600 consumes only 270W of electricity, dramatically reducing energy costs over conventional lamps. Its long-life Rebel LEDs are rated at 50,000-70,000 hours for lower maintenance costs as well.