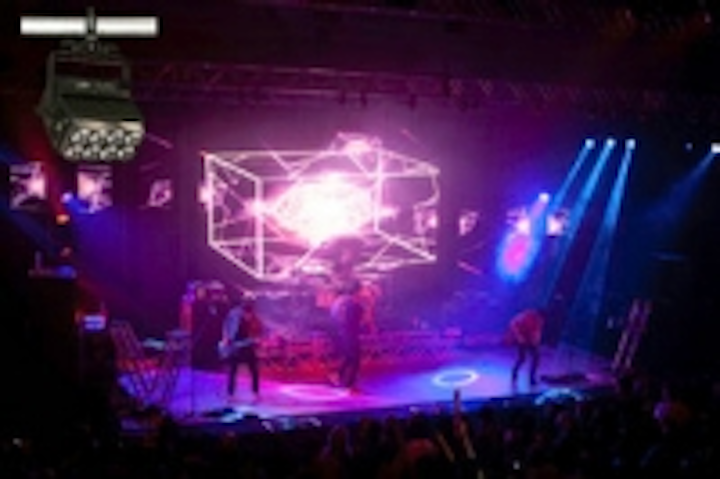 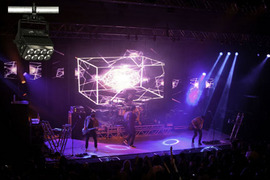 This was five years after the launch of the original Satellite, which was the then new company’s debut product, and rapidly became a trend-setting massive best seller worldwide.

Universal Events purchased 24 of the original Satellite products when they came to the market in 2006. They have been in constant use …. and are still going strong today, “They have been an absolutely essential element and a constant workhorse product in our hire inventory,” confirms UEP’s MD Steve Butcher, adding that the Satellites have also been rock-solid reliable throughout five years of full-on duty.

This is the kind of low maintenance that rental companies dream of. It underlines both i-Pix commitment to producing robust, well-engineered LED products and their emphasis on excellent customer service.

The colors include a full range of RGB plus a 5600K daylight white light, which is very handy for trade shows and exhibition-stand illumination as well as corporate presentations and product launches. The unit also has improved fully homogenized optics - a feature that has always been an i-Pix LED product standard – and an area in which they have led the field.

UEP’s Satellite Mk IIs and BB4s went straight to work on a variety of projects including the recent launch of CoD MW3 (Call of Duty - Modern Warfare 3) at Old Billingsgate Market in London, where they provided all the lighting. Both Satellite MkIIs and BB4s were ideal for washing large areas of draping at the back of the stage and in an extensive gaming area.

Butcher and his crew are impressed with the “massive” brightness of the Satellite Mk II.

The new i-Pix fixtures have also been in action on an exhibition stand for XBox’s Forza Motorsport 4 stand at the Top Gear Live events in Birmingham and London, and on a Nike management conference in central London.

Butcher adds that the whole green and energy-saving aspects of adopting LED technology – of which i-Pix was among the earliest advocates in the entertainment industry – is a huge bonus in practical terms as well as better for the planet. The clients also like it, with many now conscious of reducing the carbon footprint of events.

Using them also enables venues, spaces and situations with limited power to be properly lit.

UEP has just ordered flight cases and battery packs for its 12 Satellite Mk IIs, which will further increase their versatility.
Using the battery pack transforms the fixture into a freestanding, focusable RGBW device, with stand-alone or wireless DMX playback, designed to run for a minimum of 9 hours with three of the four channels on full intensity.

Reliable, powerful battery powered units – still small enough to be tucked into all sorts of corners, nooks and crannies - are an essential tool for numerous events and site specific work.