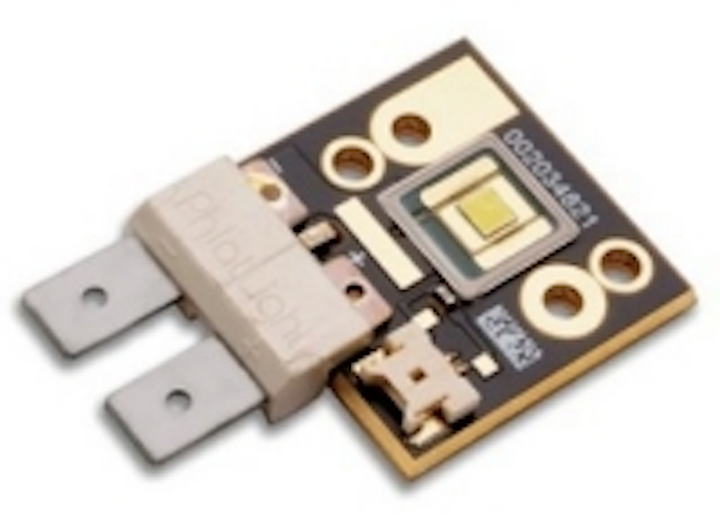 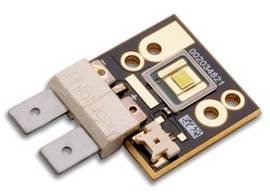 The CBT-90, consisting of a single 3mm x 3mm chip mounted on a metal core PCB, is now 25% brighter and capable of producing more than 2,200 lumens at its top end input current. “The new CBT-90 performance has never been achieved before by an LED,” said Chuck DeMilo, Global Director of Product Marketing for the Lighting Business Group at Luminus Devices. “The lumen density and brightness of the Luminus CBT-90 are unmatched in the marketplace, and are ideal for our customers working on exceptionally demanding specialty lighting applications. For example, our customers developing endoscopy light boxes, now for the first time, have an LED that produces system-level light intensity that rivals the gold standard for endoscopy – the 300W Xenon lamp.”

The story in entertainment lighting is similar as spot and wash fixtures are converting from specialty high intensity discharge lamps such as 175W metal halide to the CBT-90. “We expect the new generation CBT-90, featuring our industry leading Big Chip technology, will open new doors for the adoption of LEDs in some of the world’s most challenging lighting applications that have been, until now, unable to reap the benefits of solid state lighting,” DeMilo concluded.