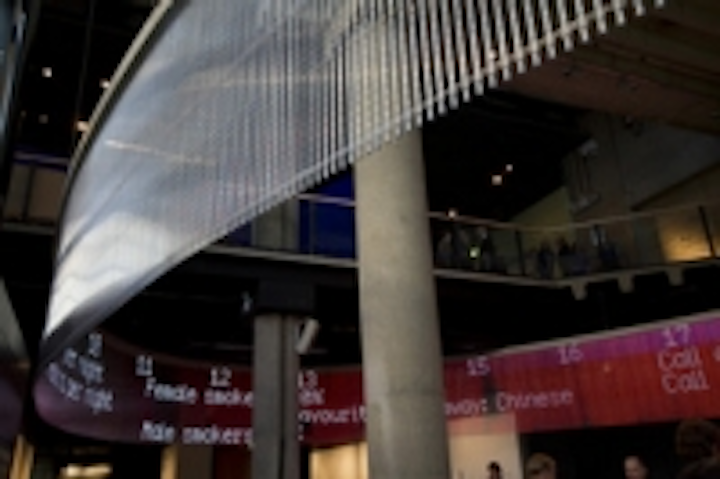 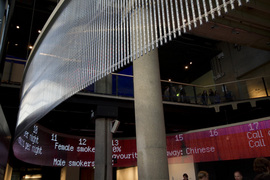 The Museum of London is considered the world’s largest urban history museum. An important aspiration of the museum is to also make the knowledge it contains available to younger generations and to pique their interest in urban history. One of the things the museum has done to facilitate this is to convert Sackler Hall into an information and meeting point where visitors can also relax. The museum has invested a total of £20 million in the measure.

One particularly eye-catching feature of the hall is an elliptical LED (light-emitting diode) wall 1.6 meters high and 48 meters in circumference. It was installed by curveLED GmbH of Düsseldorf, Germany. The system can be used to display anything from a changing stream of messages and information to film sequences.

The LED walls from curveLED® are based on linear LED units mounted in tubes of transparent Makrolon® to protect them against outside external influences. “Furthermore, this ensures a long service life for the system as a whole in a variety of weather conditions,” explains Dr. Klaus Reinartz, global head of the LED program at Bayer MaterialScience.

“This order was something special to us. Our system was chosen by Furneaux Stewart Design Ltd, which is responsible for the overall design of Sackler Hall,” says Stefan Arens, managing director and head of Marketing and Sales at curveLED®.

“Besides its transparency, Makrolon® is also characterized by a very high mechanical stability, which helps to prevent unnecessary damage to the system during installation on site. Thanks to the modular design, we were able to complete the entire installation with five employees in just eight days,” says Thomas Tennagels, managing director and head of Research and Development at curveLED®.

The versatility of the curveLED® system had previously been demonstrated in another project on which curveLED® and Bayer had collaborated in 2009. An LED wall displaying a changing stream of information was installed on the facade of a Bayer administrative building in Diegem, Belgium.

Bayer MaterialScience has also developed high-transparency grades of Makrolon® for the manufacture of lenses that bundle and direct the light from LEDs, thus contributing to efficient and sustainable lighting solutions.