i-Pix has best PLASA to date 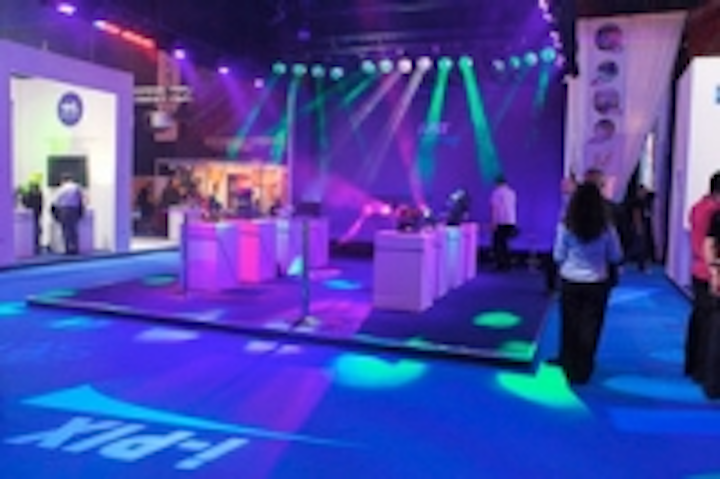 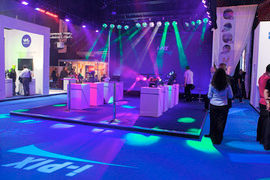 Once again, i-Pix maintained its niche for delivering unique and genuinely innovative LED technologies which are trail-blazing and completely different from those offered by others.

However, the biggest buzz was around the new i-Pix Beamlight which was previewed for the first time, generating huge amounts of positive and highly constructive feedback.

Making it different is the exceptionally precise reflector which magnifies the light engine, and achieves a tighter beam due to its large surface area. The high power light engine 'fires' into the reflector, where maximum energy is collected and bounced out to form the beam. It is exceptionally tight and sharp - with no other optical devices to reduce or dilute the intense efficiency. With each colour, only 10 Watts of energy is consumed even when at full.

This is what so impressed everyone at the show!

When compared to a conventional ACL 240 Watt tight beamlight on full intensity, the i-Pix Beamlight is currently about 80%, expected to be higher in the first production units, so in open white, this will mimic a traditional ACL. The huge benefits are full digital control of four colours - red, green, blue and daylight white - combined into the one super high power light engine.

The Beamlight light engine is passively cooled without any forced air, making it a totally sealed fixture. The unit's focus goes from -35° to 5° to +35° adding a range of 'other' totally unique possible looks and effects.

It is fully true to the i-Pix principals of creating something new yet familiar, continuing the theme of producing viable alternatives to power hungry fixtures using modern LED technology ... with those special i-Pix design 'twists'.

There were also numerous comments on the aesthetics - along the lines of 1950's Americana meeting futurism - "This maintains my future/retro vibe!" quips i-Pix founder and inventor, Chris Ewington.

Many designers saw the potential for using Beamlights over traditional ACLs not just as a straightforward one-to-one replacement, but also from the perspective of creating new dynamic lighting effects - aided by the functionality of the unit. The adjustable beam was a popular feature and helped spark many imaginative suggestions and ideas for different and diverse applications.

i-Pix also strengthened its distribution network at PLASA, using the opportunity to finalise several new appointments - to be announced in coming months - plus meeting and bolstering many existing agents and dealer relationships by and introducing them to the latest products and future visions.

By developing new lighting products that continue to complement the existing ranges, i-Pix is constantly adding value and scope to the creative tool boxes of lighting, visuals and scenic designers working in all disciplines from entertainment to architectural.