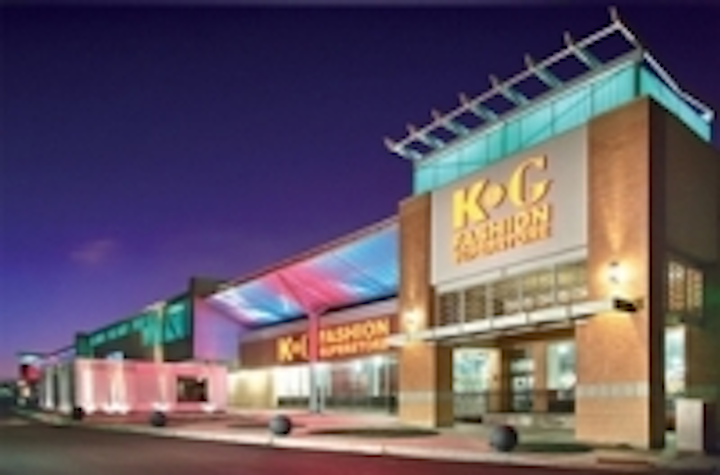 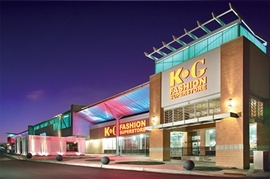 Building a brighter future for business

Located in the suburbs of Chicago, Illinois, Cermak Plaza is not just another shopping center.

Since being built in 1956, at the height of America’s suburban shopping mall construction boom, the plaza has experienced a rich history which includes cameo appearances in Hollywood movies (1992’s Wayne’s World from Mike Meyers, and 2008’s Wanted starring Angelina Jolie) and visionary displays of contemporary art sculptures introduced by founder and passionate patron of the arts, David Bermant.

Being over half a century old, Cermak Plaza -- coming in at 300,000 square feet in size — has also been no stranger to economic booms and lows. In 2008 with intense competition locally, a building that was starting to show its age, and the bankruptcy and loss of an anchor store ... the plaza was operating with an all-time low occupancy rate of just 40%.

To turn the tide back to business growth, the owners began planning a dramatic revitalization of the property that would bring new occupants back to this local landmark.

The vision, design challenges and requirements: Make the building a work of art itself

“We wanted a new, fresh, exciting building that incorporated public art and that would reinvent the plaza.” said Michael Flight, president of Concordia Realty Corp, the firm completing the redevelopment of Cermak Plaza. “The original developer Bermant was focused on unique art that utilized light, color and motion so we wanted to carry that through into the renovation.”

Ethos Workshop, Architects and Planners was commissioned to lead the design effort for the multi-million dollar project, which included a complete façade redevelopment. The challenge remained: how to bring the public art element to the building.

“We asked the question: why can’t we make the property an art piece in itself?” said Scott Allman, AIA, president of Ethos Workshop. “That’s when we started conceptualizing how to use lighting in an innovative and artistic way that would add to the consumer experience while also giving the entire property greater visibility from passing automobiles.”

The architects envisioned a dramatic new illuminated canopy to run above the stores, along with new marquee towers.

Lighting the canopy presented a number of challenges. The feature lighting needed to be mounted in tight spaces, deliver striking controllable colored light, and require minimal maintenance but be easily accessible should maintenance be required. Further the system needed to perform flawlessly in cold Illinois winters.

Ethos Workshop turned immediately to LEDs, recognizing that no other technology would satisfy the stringent demands of the project. But, there was still work to do in convincing the building owners that LED lighting was the way to go. A perception of high cost and newer, unproven technology meant that the realty company took a little convincing to understand the benefits.

“When we started the project in 2008, the technology wasn’t where it is now – LEDs didn’t have much of a track record in applications like this. We didn’t want to get into a fad, where the technology would become obsolete. We needed convincing that LEDs were going to work and deliver what was proposed.” Flight explained. “But then we saw a demo of the Lumenpulse product, and examples of other installations. The longevity of the fixtures was convincing and the cost/benefit ratio worked.”

Lumenpulse Lumenfacade™ RGB fixtures were used for the feature lighting in the plaza because they ticked all the boxes. The small footprint of the luminaires enabled them to be mounted into the canopy, and by performing well in temperatures as low as -25C/-13F, the extreme winter weather did not pose a problem.

The solution also takes the greener element of LEDs a step further; Cermak Plaza powers the Lumenpulse fixtures with 12 wind turbines that cultivate energy from the edge of the plaza’s parking lot. In combination with the energy efficient lighting, the 35 foot tall turbines are a dynamic, visible and recognizable environmental statement as well as artistic feature that generates 1,500 to 2,500 kilowatt hours of electricity each year. During the daytime, when the LED fixtures are off, unused power is directed back to the grid – actually earning income for Cermak Plaza Associates LLC which also receives a federal credit for installing green technology.

The lighting system is pre-programmed with more than 100 unique light shows, which vary from default color changing sequences to themed displays for seasons and holidays throughout the year. In fact, control of the system can be completely hands-off – with pre-programmed shows running for the whole year at the push of a button. The endless options made choosing which light shows to use, the biggest challenge of the installation ... a good problem to have!
Additionally a Lumentouch™ keypad is located on the premises, allowing the building owners full access to the control options through a LumenID™ DMX interface, so they can override existing shows whenever they want.

Finally Cermak Plaza’s maintenance concerns were quickly addressed through the unique Lumenpulse dual chamber design which is used in the Lumenfacade products. This exclusive approach dissipates heat to increase the longevity of the light source to an L70 lifetime of 120,000 hours, while drivers can be easily replaced without having to replace the entire fixture, making the lighting solution truly sustainable and significantly reducing maintenance costs.

The architectural design and lighting combination has created not only a powerful design statement, but even more importantly spectacular business results.

“When I saw the illuminated canopies on the wings, I thought “WOW”!” said Flight, “It really fits in with what the plaza is all about. The lighting is a key differentiator – it just puts it way over the top.”

The investment has paid off on the business side, and the renovation has inspired increased commercial interest culminating in recent leases to Meijer and K&G, bringing the property to 98% leased – a far cry from just a couple of years ago.

“It has been a great success. It’s brought the property to life,” said Scott Allman, AIA “the Lumenpulse fixtures are fabulous. With every project we do, we’re now thinking about how we can use these products.”

The plaza is currently completing phase two of the project – renovating another marquee tower and the canopy on the east wing using more Lumenfacade RGB fixtures.