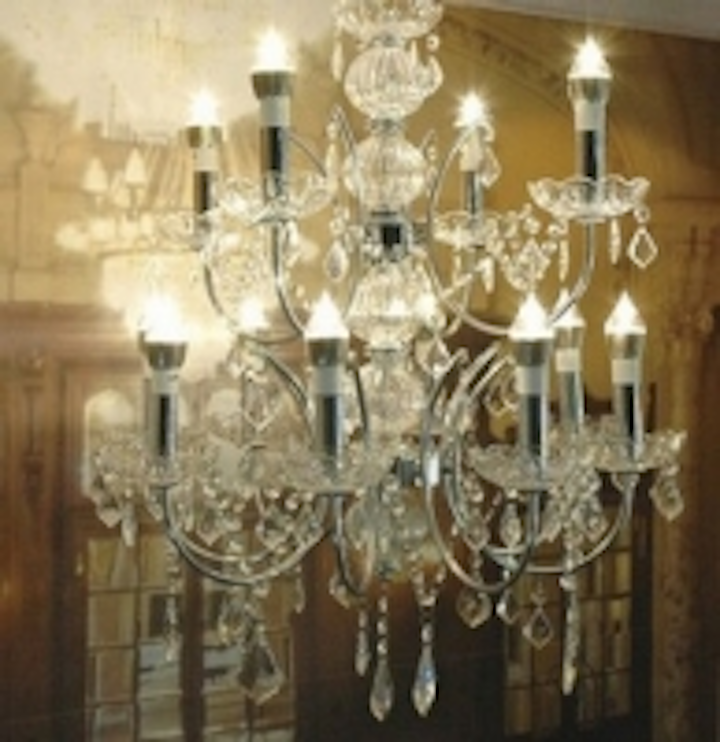 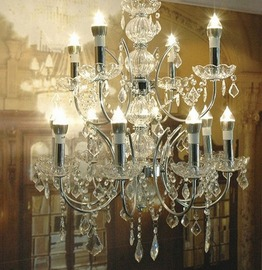 Taipei - Aeon Lighting Technology Inc. (ALT) is proud to announce its superior Metis LED Chandelier Light has been successfully entered famous 5 star hotel and boutique stores in South Asia territory. ALT not only obtained a firm project deal with chain-hotel operation head-quarter in Singapore, but also has upcoming orders from other branches in Malaysia, Indonesia, and Philippines which will be settled down in next year. This deal will definitely boost up the population of LED light bulb using in hospitality market.

Metis Chandelier Light series has just been launched in the end of last year and gone to mass production phase this March. Metis series are only using CREE XP-G and XP-E LED chips for light source. The light quality and lumen output is superior compared to small power LED candle light. In additional, with ALT’s unique heat sink and power management design, the product guaranteed with long lifespan and high power efficiency. Moreover, ALT has adopted special light pole structure to extend its beam angles to widen its usage. As the result, Metis series has attracted lots attention from interior designer and hotel managers around the world since its first launch to the market. In the end of this June, ALT has just sold Metis Chandelier Light to a chain-store boutique shops in Hong Kong and Macau. In the middle of July, Metis series has just passed quality test of a five-star hotel chain in Singapore, and the hotel management is planning to replace all existed incandescent candle light to LED light bulbs in next year. The total saving cost from switching will reach over hundred thousand US dollars.

According to ALT general manager Baly Lo, LED candle light has been widely used in commercial field, especially for chandelier light fixture in hospitality. Due to special operation hours for hospitality business, the lights are always left on for all day long. There is an incredible expense for hotel owners. Therefore, most of high-end hotel owners have already stated to switch from traditional incandescent bulb to LED lighting to save operation cost. However, most of LED candle light currently sold in market are low power type, which are low brightness and quality. Lifespan are uncertain as well. The maintenance and replace fee would be another cost for hotel owners when they using low power LED bulbs. On the other hand, Metis series only use high power LED chips for light source. The brightness can reach to 93 lm/w. The light quality and lifespan are much higher than low power LED bulbs. Besides, ALT’s unique heat sink and power management can guaranty the energy-saving efficiency. Hotel owners can use this product longer and save more money and energy in long term.

Based on high quality and safety, Metis Chandelier Light has evolved!

In addition, ALT is going to launch new version of Metis Chandelier Light series. The redesign product would be closer to consumers’ requirement than previous version. Baly Lo says that the new version Chandelier Light would use U-sharp lens instead of A-sharp one. The new appearance is smoother than previous one, and able to blend in the atmosphere of the installing place. “High safety is always the corporation guideline for ALT, and customer requirements are our first priority” says Baly Lo, “To integrate all customers’ opinions, we carefully reviewed our products and redesign new Chandelier Light without altering any functions. We created a U-sharp lens cover to replace original A-sharp one. And we also adopted various bases to fulfill different standards in various territorie,” ALT is able to provide samples for new Chandelier Light in September, and expecting to be a great impact to hospitality and boutique store markets. Please contact ALT sales representatives for further information and sample request.

About Aeon Lighting Technology Inc.
Aeon Lighting Technology Inc. produces a wide range of high-performance LED lighting products. With cutting-edge electronic manufacturing, industry-leading thermal management technology and high-performance optics, ALT holds more than 100 patents and safety certifications worldwide. ALT shares its core technology and engineering with their partner, a world leading industrial server manufacturer located in San Jose, USA. Founded in 2007, ALT is headquartered in Taiwan and is proud to be the first ever LED lighting company to receive international recognition by winning the prestigious IF Product Design Award in 2009 and Red Dot Product Design Award in 2011 for its Asteria-series LED MR16.