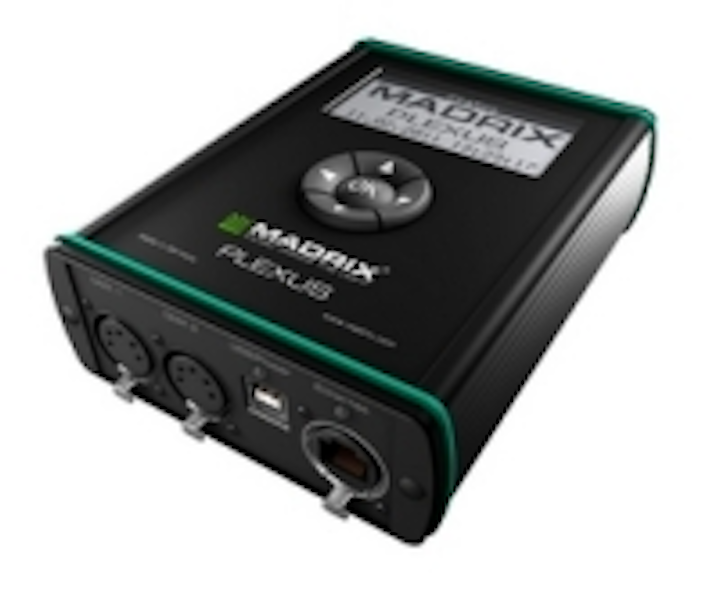 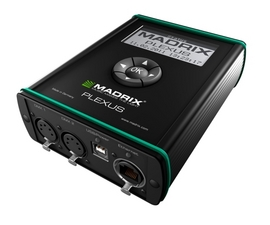 The MADRIX PLEXUS is a brand new hardware interface from the makers of the LED lighting control software MADRIX. The USB 2.0 DMX512 interface/Art-Net node is now available, together with MADRIX 2.13.

The new MADRIX PLEXUS expands the MADRIX product range of hardware interfaces. The PLEXUS controls up to 2 universes per device via DMX512 or Art-Net as a versatile stand-alone interface or live controller. It is the first interface to offer stand- alone playback of MADRIX light shows and effects. Another unique feature is the integrated sync mode. It allows you to synchronize your light show across multiple devices with ease, covering single as well as overlapping visuals.

MADRIX 2.13 does not only enhance MADRIX PLEXUS support. MADRIX also includes many new and improved features, which have been widely appreciated by testers of the pre-release version. Among others, users can look forward to eight new fade types that have been implemented for the cross-fader. That means users have now access to more quality transitions between effects. Moreover, new special effects/filters (FX) were added to the user interface in
order to quickly and easily change the look of visuals on the LEDs. In this way MADRIX Effects can be customized even further, in addition to the already numerous options. A new fullscreen mode and resizable windows provide fresh possibilities for an advanced work-flow. These and other great features are now available with MADRIX 2.13.

MADRIX users can update to MADRIX 2.13 for free.
Interested users can download the MADRIX demo version at http://www.madrix.com