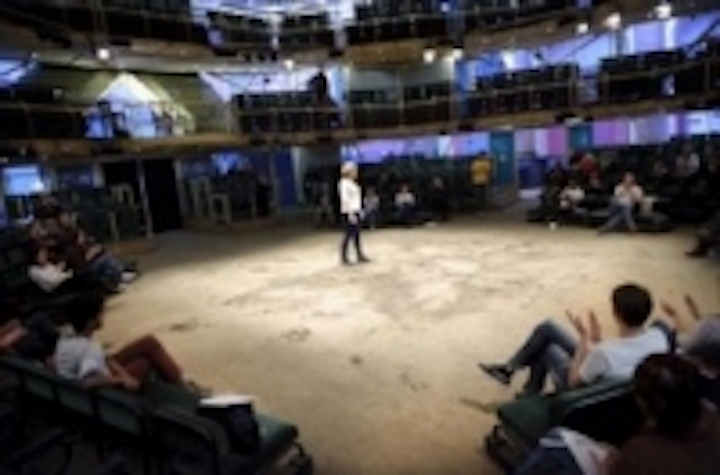 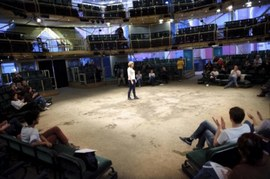 The Royal Exchange Theatre in Manchester has invested in a new Eos-family lighting system, with two ETC Eos Titanium (Ti) desks at the helm, and an Ion console and a Remote Processor Unit for backup.

Richard Owen, Head of Lighting at the Royal Exchange, was one of the major decision makers for the purchase. He says: “We were looking for something that had a lot of future proofing, so it would still be working well in 20 years’ time, and could handle a lot of intelligent fixtures. We asked the opinions of many of the incoming lighting directors who come to work here, with the overwhelming strength of opinion that ETC – and in particular the Eos line – is becoming the industry standard.”

The Royal Exchange has four permanent board operators, plus freelancers who come in every so often to assist when necessary. All of them will need to operate the main desk and the Ion in the studio and be able to control the conventional and LED fixtures.

Owen points out that he and his colleagues spent three years investigating the right desk to buy and trying them out before making a decision. During that time, he and his colleagues got various loan consoles to try out. “We have a very short production period of no more than four days,” he says, “so we were looking for a desk that would be easy for operators to learn to use, and yet we’d still get the best use out of. For many operators, even if they’ve not used an Eos line desk before, they’ll be familiar with the programming syntax.”

Rob Beamer, Business Development Manager at ETC dealer Stage Electrics, which sold the equipment to the Royal Exchange, says: “The theatre is made up of a main in-the-round auditorium and a studio theatre, with a stunning auditorium in what used to be the world’s busiest cotton exchange, which really needs to be seen to be believed.”

“We’ve been very happy with the way both ETC and Stage Electrics have gone about this process,” explains Owen. “They were so helpful in assisting us to come to a decision, and as a lighting department, we were very excited to start using it.”