Any way you survey the landscape, there is an incredible move by LED and SSL companies into the horticultural lighting space, and the clear lure is cannabis. 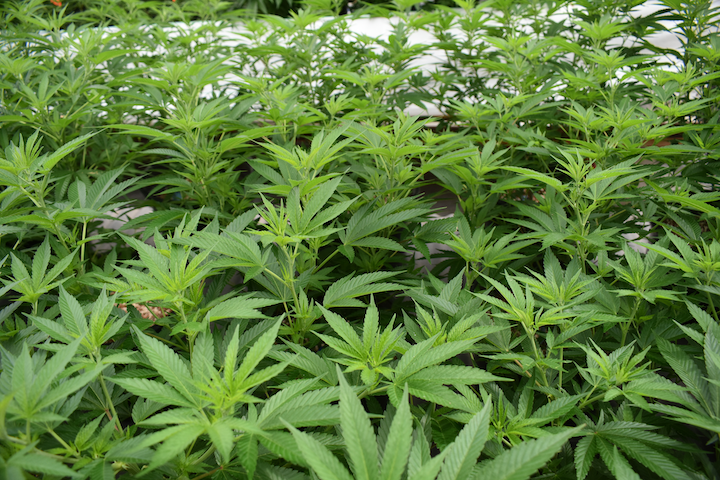 All market signs are pointing to potentially big profits for the SSL industry as horticultural lighting uptake occurs in the exploding market for legalized cannabis. (Photo credit: Image by JR Byron via Pixabay; used under free license for commercial or noncommercial purposes.)

Following the market for LED-based horticultural lighting fairly closely, we have easily tracked the fact that its an expanding solid-state lighting (SSL) market. What we may have missed is that the magnitude of the expansion more closely resembles an explosion. The driving factor is being labeled a greenrush, referring to the goldrush-like mentality of participants coming into the legalized cannabis industry. Long term, we’d expect that there will be far more tomatoes and vegetables grown under LED lighting than cannabis, but short term the allure of cannabis is becoming easy to see.

We had speakers at our HortiCann Light + Tech conference address the market potential of cannabis. And we will share some of those details in our feature article for the January/ February 2020 issue. So we won’t play story spoiler here.

Still, facing up to our first Horticultural Lighting Newsletter of 2020, we decided to informally review some signs of growth in the horticultural lighting application. Two convenient places to look for clues are the DesignLights Consortium (DLC) Horticultural Qualified Products List (QPL) and the exhibitor listings for the recent MJBizCon held in Las Vegas.

The DLC launched the Horticultural QPL early last year with MaxLite being the first manufacturer to have a product meet the prescribed requirements. By the summer, the QPL had expanded to include 27 products from eight companies.

The other indicator to the growth in interest in the horticultural sector is the companies participating. It’s indeed indicative of a greenrush when you don’t know them all. The DLC includes the largest players with the exception of GE Current. But it also includes a number of manufacturers that are new to the application for sure, and perhaps to SSL.

MJBizCon afforded a similar awakening. We didn’t attend the 2018 event, but we scoured the exhibitor list. There were around 25 SSL companies exhibiting in 2018. The number tripled to around 75 when the 2019 event took place in December. And as we noted in one of our newsletter intro columns in December, the conference was packed with well-dressed professionals. Make no mistake that the greenrush is big business.

Now the greenrush is clearly on the famous Gartner Hype Cycle graph that’s been used to document the rise and fall of new technology going back to the dot-com bust. But just where is cannabis, and technology components such as lighting, in that cycle? It seems as if it’s still headed up the peak of inflated expectations — even though there is real gold at the end of that rainbow. But just looking at the horticultural space, it appears there is enough movement into the sector that a visit to the trough of disillusionment will await some players.