Cree is claiming that its white XLamp has set a new record for LED brightness and efficacy at a drive current of 350 mA. 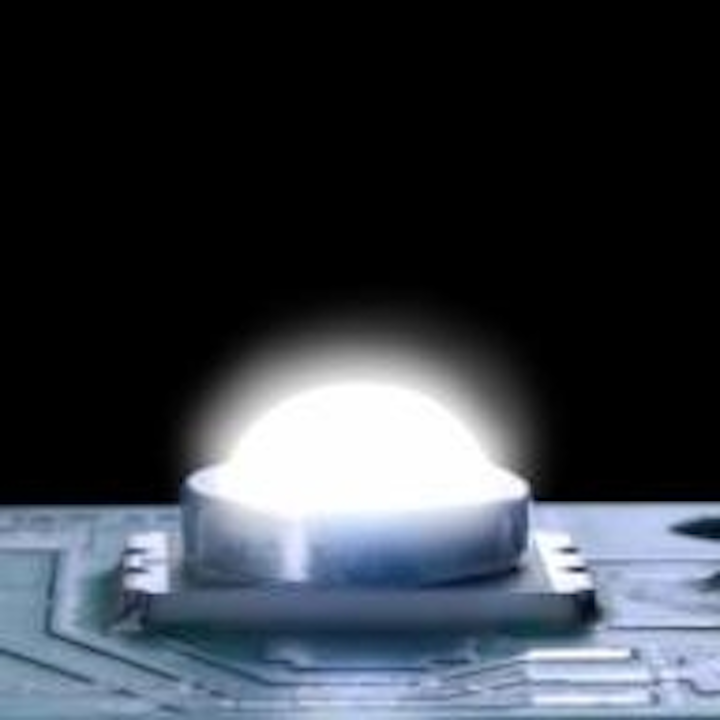 Cree has announced general availability of the latest iteration of its white XLamp® 7090 power LED package, which achieves a typical efficacy of 47 lm/W at a drive current of 350 mA. Cree claims that this figure represents "the industry's highest efficacy [for] white power LEDs at 350 mA."

The white XLamp produces a typical light output of 57 lumens.

Cree's numbers represent an improvement over the previous XLamp figures; the previous datasheet quoted 52 lm for the white device.

Cree also announced the availability of XLamp 7090 in warm white (2700-4500 K) to address the emerging market for residential lighting applications.

"This advancement is another step toward making LED lighting a reality in the general illumination market," notes Mark McClear, Cree director of marketing for lighting LEDs. "We have once again raised the bar for 350 mA operation, which is the benchmark for most solid state lighting applications."

"To replace the light bulb cost effectively with solid state technology, LED manufacturers have to maximize the efficacy (lumens/watt) of their high- power LEDs. Energy savings is the most important metric as we build the business case for the residential lighting fixtures of today," notes Manuel Lynch, Permlight Products president and CEO. "Cree has done a terrific job of providing us with highly efficient power LEDs allowing us to replace incandescent and compact fluorescent technologies in new homes throughout California. We are currently selling under counter, step and pathway light fixtures based on the white XLamp 7090 power LED."

Among the other advantages listed by Cree for its XLamp 7090 power LED are a reduced thermal resistance to 8 degrees C/watt; electrically neutral thermal paths, allowing use of economical printed circuit boards; and reflow solderability.