LED Lighting Fixtures has conducted independent testing of a 3200K luminaire, which produces more that 700 lm using less than 10 W of power. 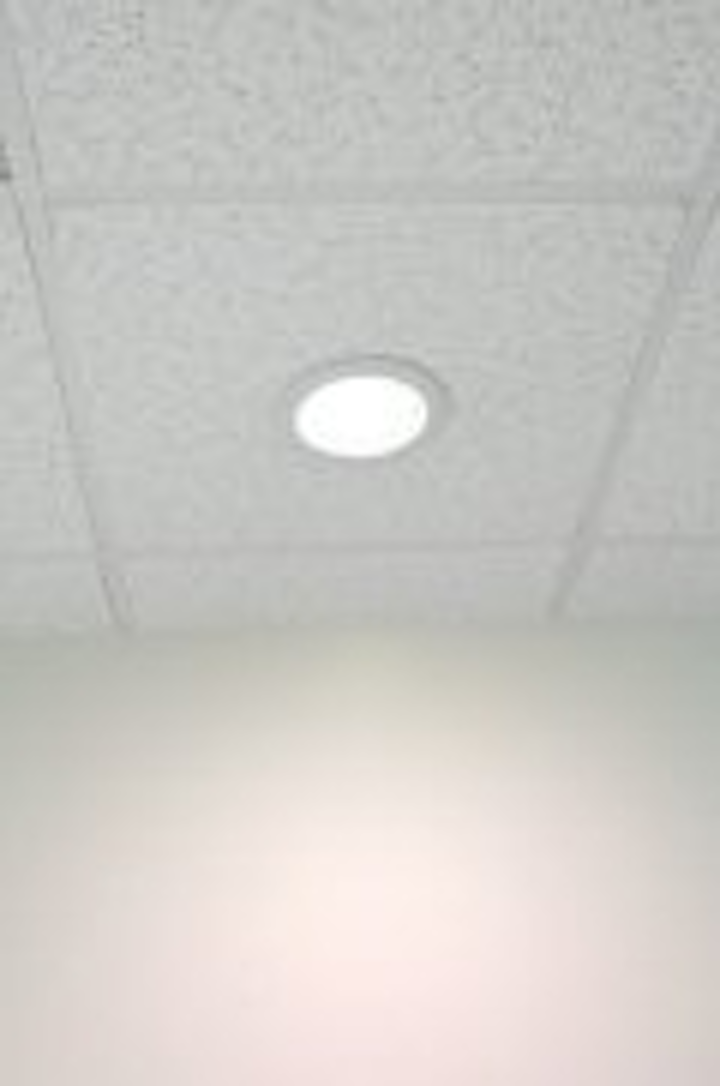 A prototype recessed LED luminaire with a warm-white output developed by LED Lighting Fixtures (LLF) has an efficacy of 73 lumens per watt, as measured by independent third-party testing.

This result was significantly higher than the company’s 54 lumens per watt achieved in February (see LLF announces warm-white LED fixture with 54 lm/W efficiency).

“Our results were documented by a Nationally Recognized Testing Laboratory using stringent scientific standards,” said LLF Chief Technology Officer Gerry Negley. “The tests were conducted using a six-inch recessed fixture and the light source was measured with an integrating sphere after reaching thermal equilibrium. Because our fixtures use less then 10 watts they are completely cool to the touch.”

The LED fixtures can provide 50,000 hours of light -- or 20 years under normal usage of five to six hours per day -- compared with the average 2,000 hours provided by conventional 65-watt bulbs, which need to be replaced every few months.

LLF says that its technological progress has "shattered conventional thinking regarding the projected timeline and quality of light offered by LEDs for general lighting applications, and represent a radical improvement in the cumulative environmental and economic impact of traditional lighting."

LLF estimates that consumers will save approximately $7 in annual energy cost per fixture over conventional incandescent sources. Compared with the total operating cost of conventional sources, LLF fixtures will pay for themselves in less than two years and provide additional cost savings thereafter. The resulting reduction in energy consumption could substantially reduce America’s reliance on fossil fuel sources to supplement domestic energy production.