Shining the right light on food and décor 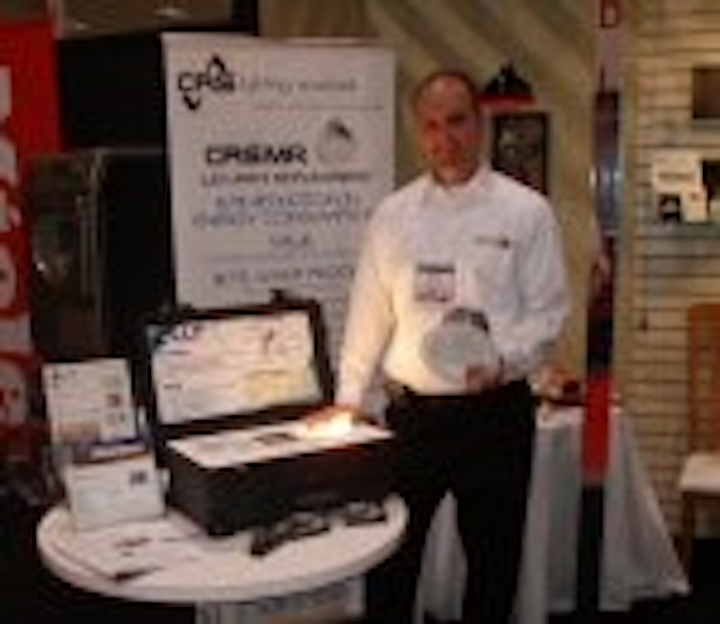 A lot can be learned from the Hotel and Restaurant industries about lighting requirements and what drives or motivates those requirements. At the recent Canadian Restaurant and Foodservice (CRFA) Show in Toronto, Canada, there was a large appetite for quality lighting and energy efficiency, both possible with LED technology. When thousands of dollars are invested in interior finishings and when the appearance of fine cuisine is crucial, both have to be presented in the right light. Restaurateurs are looking for the right solution to accent their décor and their cuisine, and the response to the MR16 replacement LED product manufactured by CRS Electronics of Welland, Ontario, Canada, was generally positive.

A number of interior design consultants and firms that specialize in the hotel and restaurant industry viewed the LED MR16 and were impressed with the light quality. In fact, some even almost passed by the display not knowing that it was LED. It was commented that lighting quality was essential and other current LED solutions that have been evaluated don’t meet the grade. Designers mentioned that they would not sacrifice quality for energy efficiency, however they would sacrifice a few lumens for a high CRI.

A warm colour temperature, as well as high CRI, are important, not only for ambiance but also for enhancing the true colours of food and décor, which in turn lends to the total experience. A hotel or restaurant will employ a large amount of spot lighting and the MR16 is a widely used application.

An example of the importance of lighting in the design plan was given by Brian Roach, President of Brite-Lite Lighting Distributors of Alberta and British Columbia, Canada, which supplies to the hotel and restaurant industry. Roach explained that a recent new higher-end establishment invested close to $350,000 in lighting in its new Calgary location. Roach was quite impressed with the light quality of the CRS LED MR16 as compared to what he has seen from other LED MR16 products to date.

“Although keeping the energy and environment always in mind, we were determined to provide a product that would be accepted within the design community as well, recognizing that there are specific light quality issues and requirements.” said Scott Riesebosch, President of CRS Electronics, adding, “We are confident that we can offer acceptable lighting quality as well as energy efficiency and overall performance.”

The CRS MR16 not only satisfies that taste with a CRI of 95.2, but also serves it up with an 87% reduction in energy and a 95% reduction in re-lamping maintenance compared with halogens.

“After years of experience through our involvement in LED product markets, CRS is pleased to be on the leading edge of the development of LED in general lighting.” Says Riesebosch. “We are quite enthused about our new products and how they will help reduce energy demand and consumption as well as benefit the environment”.

CRS also displayed the Cree Lighting Solutions (aka LLF) LR6 to the industry. Again, positive comments were received that it wasn’t immediately recognized as LED, offering a ‘seamless’ integration. CRS has entered into an agreement to distribute the LR6 to its clients.

Not only is lighting quality important, but also most applications in these sectors require dimming to enhance the ambiance; both the CRS MR16 as well as the LLF LR6 offer dimmability.

The only current drawback in this industry seems to be overcoming the initial costs or "sticker shock" with the awareness and education as to payback and the long term benefits of LED lighting.

A number of hotel chains, such as Marriott and cruise lines, such as Royal Caribbean are heavily engaged in "greening" their businesses, offering great venues to showcase LED lighting. CRS currently has a number of industry pilots and projects underway in cruise line, entertainment, foodservice and hotel applications.

Although still a bit pricy for the industry, LED seems to at the top of the menu for lighting and it appears that CRS may have the recipe and ingredients for success.