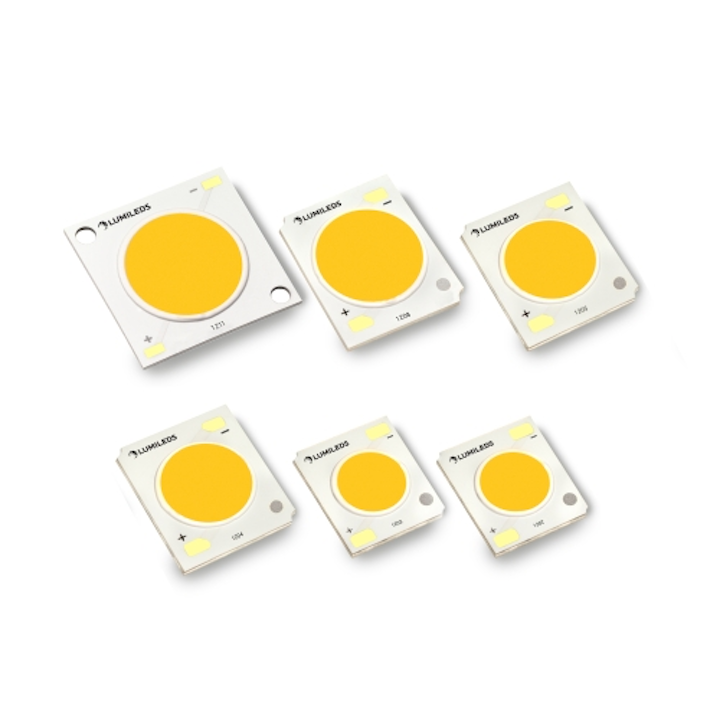 Lumileds has announced the second-generation Luxeon COB (chip-on-board) Core Range of packaged LEDs that deliver 10% gains in efficacy and flux output, while matching the footprint of prior products. Called Gen 2 COB products, the family includes COB LEDs with light-emitting surface (LES) options that range from 9–19 mm. 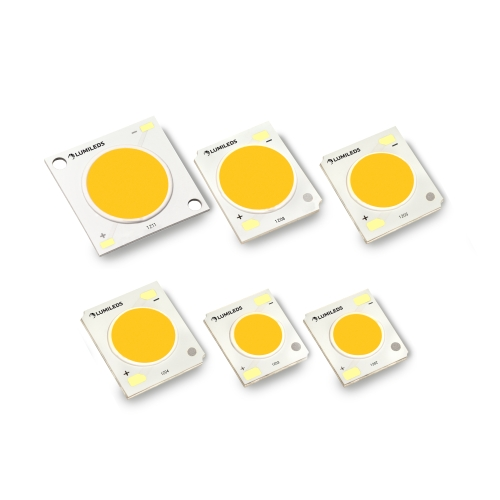 As with many second-generation products, the new Lumileds COB LEDs offer product developers a number of options in new or refreshed solid-state lighting (SSL) lamps and luminaires. The common footprint means that designs can easily be refreshed for higher output while using existing ecosystem components such as holders, optics, and heat sinks. Or developers can reduce the size of new SSL products or take advantage of a smaller LES while maintain the same flux output as prior-generation designs. And remember a smaller LES can enable better beam control or what Lumileds competitor Cree has called optical control factor (OCF).

Lumileds provided some examples of the development options. A product that used the 15-mm-LES 1208 COB LEDs could be upgraded from 3600 to 4000 lm with a simple LED substitution. Or a developer could use the new Gen 2 LED, keep the output the same, and realize an increase in efficacy from 115 lm/W to 140 lm/W.

Evidently, the performance upgrade also applies to the CrispWhite family of LEDs that Lumileds announced last year for retail and other applications where excellent white-point and color rendering is required. The LEDs were announced at LightFair International 2014 and use a mix of emitter types and a new phosphor formulation. Lumileds also won the LEDs Magazine Sapphire Illumineer of the Year Award honoring the CrispWhite development team.

"We are seeing tremendous demand in the retail and hospitality markets, where our award-winning CrispWhite Technology really shines," said Eric Senders, Lumileds Luxeon COB product family director. "These applications require not just the best quality of light, but the cost effectiveness that goes with an LED solution with up to 150-lm/W efficacy."

The efficacy advantage across the Gen 2 COB LEDs is delivered in part by improved control of the forward voltage required to drive the LED. The prior-generation products feature a typical rating of 35.5V. The new devices drop that figure to 34.5V–35.0V.

Lumileds first entered the COB market in late 2013 with 9–15-mm components. The company subsequently added to the portfolio in terms of component size and offerings options in efficacy for specific target applications such as a 9-mm LED targeted at PAR38 applications.