Applications such as emergency vehicles can use the color packaged LEDs in the Luxeon 3535L line while some of the phosphor-converted and monochromatic colors can enable tunable general-lighting products. 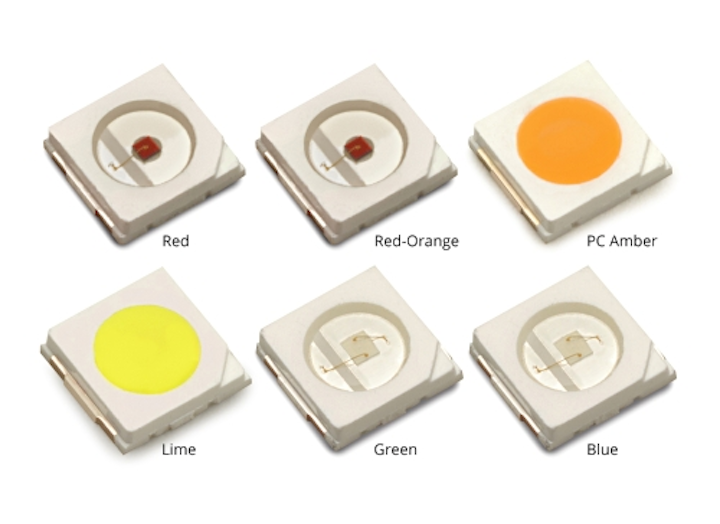 Applications such as emergency vehicles can use the color packaged LEDs in the Luxeon 3535L line while some of the phosphor-converted and monochromatic colors can enable tunable general-lighting products.

Lumileds has announced the Luxeon 3535L family of packaged LEDs in a range of colors targeting both vertical applications such as signs and emergency-vehicle lights and general solid-state lighting (SSL) applications where tunable white point or color is required. The new family includes red, red-orange, amber, lime, green, and blue LEDs. While characterizing color LEDs is difficult relative to the human eye due to the varying human sensitivity to different wavelengths, the lime LED delivers 56 lm and 190-lm/W efficacy from 100 mA of drive current at 25°C. 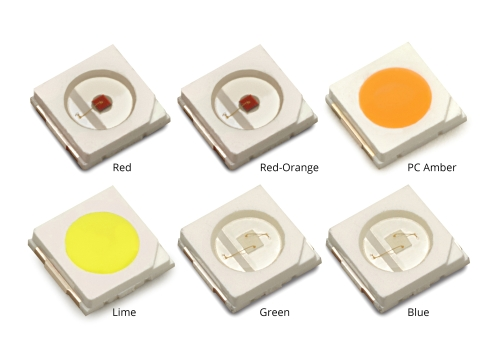 Indeed, the existing customers for color high-power packaged LEDs drove the mid-power development. "The tremendous success our customers have had with our high-power color emitters convinced us that multiple markets could benefit from similar colors in the mid-power performance range,” said David Cosenza, product manager for the Luxeon 3535L Color Line.

The new LEDs are integrated into 3.5×3.5-mm packages. The colors are realized both based on monochromatic color emitters and in two cases based on phosphor-converted blue LEDs. Specifically, the amber and lime LEDs use phosphor conversion as can be clearly seen in the product family photo. The lime LED uses phosphor conversion to achieve far better efficacy than can be achieved with monochromatic emitters in the green range. The amber LEDs, like white LEDs, can only be realized with phosphor.

Application of the color products in a vertical application is straightforward as products such as an emergency vehicle don’t mix colors. Instead, product developments typically need single-channel drivers with the ability to turn LEDs on and off and perhaps dim the LEDs.

The more interesting applications for the new packaged LEDs will fall in the general SSL space. For example, the lime LED borrows the technology that was a key enabler in the Philips Lighting Hue color-tunable LED lamps. The phosphor-converted lime LED offered better efficiency than other LEDs and improved on the ability of the Hue lamp to produce warm-white light at relatively high CRI levels.

"When mixed with Red, Lime’s unique color point enables much warmer white light to be created than off-white plus Red combinations,” said Cosenza. Companies such as Cree, with its TrueWhite technology starting in 2011, have mixed off-white and red LEDs in lighting products to produce warm white at high efficacy levels. Now lamp designers that are focused on mid-power packaged LEDs have more choice in tunable designs with very good prospects for high efficacy.

Lumileds also expects the phosphor-converted amber LEDs to find use in products with tunable white point. For example, the company said the amber LED will be a fit for products that implement dim-to-warm functionality, mimicking the operation of incandescent lamps. Lumileds said the amber LED, used in place of inefficient 2200K-CCT white LEDs, will deliver advantages in efficacy and lumens per dollar in warm-dimming products.