SSC squeezes 240 lumens at 1 A from single-chip LED

Korean LED maker Seoul Semiconductor has unveiled the P4, a new power LED with an efficacy of 100 lm/W at 350 mA. 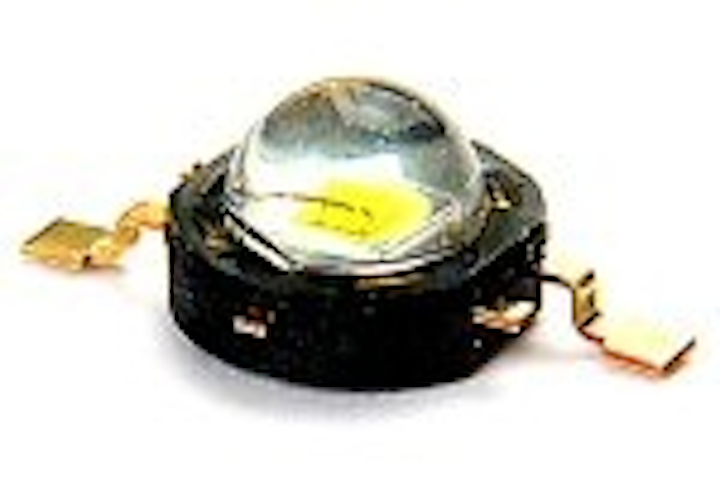 LED manufacturer Seoul Semiconductor (SSC) has a launched a new power LED product, the P4, which has unprecedented values of efficacy and luminous flux.

Containing a single die, the P4 emits 240 lm at a drive current of 1 A. Further, the device has the industry’s highest luminous efficacy of 100 lm/W when operated at 350 mA.

Both Nichia and Cree have reported efficacy values in excess of 130 lm/W, but these values were for white LEDs based on small-size chips and driven at 20 mA.

"Conventional LEDs have been known to emit more than 100 lumens with several dies," continued Lee. "Seoul Semiconductor’s P4 is the only LED product in the world with 240 lm via a single die."

SSC does not manufacture chips, and is a customer of Cree (see Cree, Seoul sign LED chip supply and IP agreements). SSC says that its own patented phosphor and packaging technologies give P4 the highest luminous flux and the superior reliability characteristics needed to meet customer thermal management requirements.