Based on 2011 web readership statistics, A-lamp SSL topics proved most popular with our readers followed by stories with a financial or industry-forecast angle and then outdoor-area- and street-lighting topics. 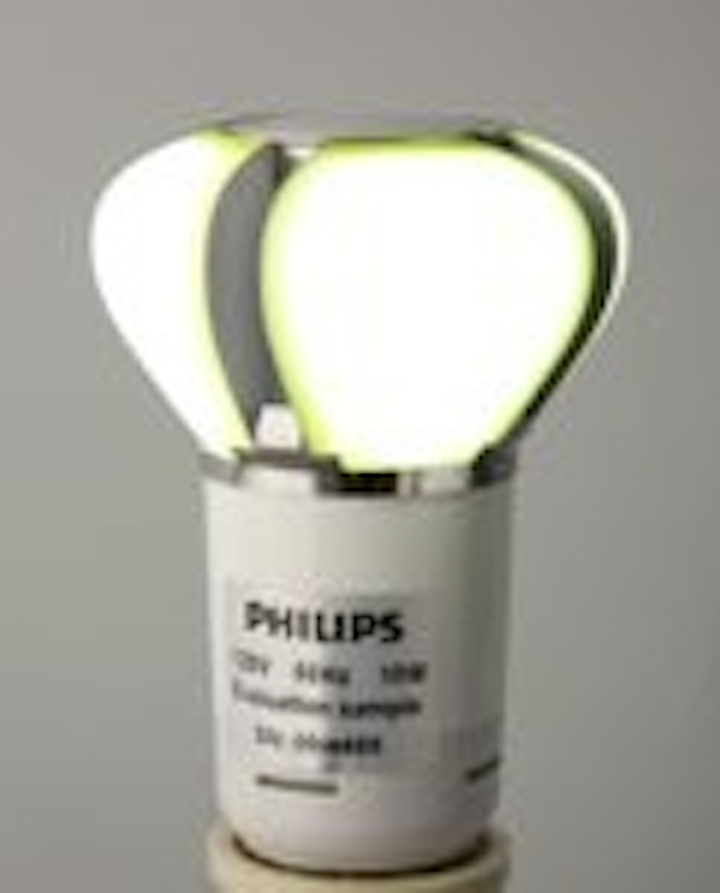 Winding down to the end of 2011, we took the time to look back at the LEDs Magazine news stories that attracted the most interest from you - our readers. We present our Top-20 news stories measured by page traffic on our website. Review the list below and it's clear that LED retrofit lamps are the hottest solid-state-lighting (SSL) topic. Other notable areas of interest include industry forecast and financial stories, outdoor lighting, linear-fluorescent alternatives, and a variety of specialty topics.

The A-lamp, and in general the retrofit lamp, topic appeared early and often on our list. The greatest number of the stories centered of the US Department of Energy's L Prize that was awarded to early-entrant Philips Lighting just after GE Lighting and Lighting Science Group (LSG) announced plans to enter the DOE contest. But coverage of A-Lamp news at Lightfair International and the entry of startup Switch into the segment also caught your interest.

Technology- and financial-forecast articles scored three times in the top ten, and that's no surprise given the growth path that LED lighting is on. The general-illumination SSL segment is clearly the next big market driver, but questions remain as to the exact chronology and as to which market segments that LEDs have the largest impact.

The street- and outdoor-lighting is certainly a segment where SSL deployment is moving rapidly. We've covered the trend throughout the year in our Outdoor Lighting story series and in numerous other case studies. In our list, we have case studies of Philips Lighting deployments in Europe and a major Kingsun project in China. We also had new items on new outdoor luminaires from Ambergreat and Zhihai.

The remainder of the list is quite fragmented, but several stories are worth mention. Cree topped the list with a fixture that is an alternative to linear fluorescent lighting. Although LED-based replacements for T8 fluorescent lamps are still struggling in the market, purpose-built linear fixtures perform quite well.

Google made news with its Android@Home initiative and a light bulb due from LSG next year that can be wirelessly-controlled by smartphones. California was out in front of the energy-efficiency light-bulb movement, although the US may have taken a step back at year end with legislation that eliminates enforcement of new efficiency regulations.

All in all 2011 brought good and diverse news to the SSL segment. LEDs are succeeding in myriad applications, and the baseline component technology is still improving in terms of light output and efficacy on a steep ramp. The year 2012 should be even more exciting.

Cree’s CR SSL luminaire designs deliver 90 to 110 lm/W efficacy utilizing LEDs that radiate upwards into a mixing chamber and reflector that distributes light through a diffuser.

Based on a worldwide survey of lighting professionals and consumers, as well as other input factors, McKinsey has developed a lighting market model that estimates the size of the global lighting market through to 2020, differentiated by application, geography, and light-source technology.

Lighting Science Group and Light Prescriptions Innovators have developed an LED lamp which they plan to submit to the DOE for L Prize evaluation.

The global market for packaged high-brightness LEDs is expected to reach $18.9 billion by 2015, according to Strategies Unlimited.

Falling LED prices and a reduced demand for LED-backlit TVs will result in a slower growth rate for LED revenues this year compared with 2010, according to Strategies Unlimited.

The new Amberstar street-light features Cree LEDs, a high-efficiency driver from Philips/Advance and a modular design.

Philips has supplied 293 LED luminaires for a busy stretch of highway near Amsterdam. Meanwhile, Philips Lighting UK argues that switching-off street lights is a false economy, and modern technology such as LEDs and control systems offer a better option.

GE Lighting and Cree have collaborated to develop a 60W-equivalent lamp with conventional looks that will be submitted to the DOE L Prize competition.

17. DOE announces that Philips has won the 60W-replacement-lamp L Prize