To be priced at less than $15, the Definity 60W-equivalent replacement lamp will be jointly manufactured by Lighting Science Group and electronics manufacturer Dixon Technologies, first targeting the LED lighting market in India beginning year-end 2011. 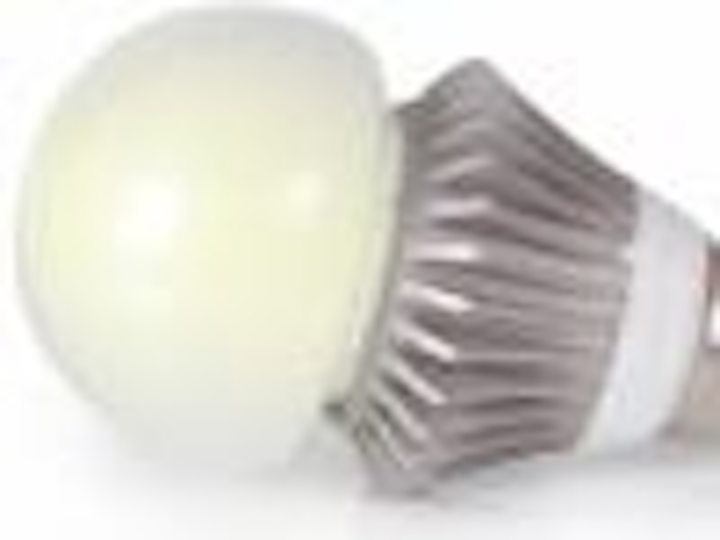 At a press conference held in India, Lighting Science Group (OTCBB:LSCG), a maker of LED lighting solutions based in Satellite Beach, FL, and Dixon Technologies India Pvt. Ltd, an electronics products manufacturer in Noida, India, unveiled a joint product: the Definity high-performance sub-$15 omnidirectional A19 LED bulb. The 60W-equivalent replacement lamp will be available in India by the end of the year and will be sold worldwide by Lighting Science Group (LSG) early next year.

Utilizing LSG's technical design, the bulb is the first in a series of products being jointly manufactured and distributed by the two companies. The full line of products will include street lights, outdoor and industrial light fixtures and replacement lamps that produce more light for less energy than similar products available in India.

The Indian market for LED lighting is expected to grow to $400 million by 2015 (53% per annum), making it one of the fastest-growing sectors of one of the fastest-growing economies. According to India's Ministry of Power, the country plans to build 80 new coal-fired power plants to keep up with rising electricity demand over the next 5 years, and the potential savings from simply changing light bulbs to the new LED technology can reduce they county's electricity demand by as much as 40%.

The Definity lamp uses 85% less electricity than incandescent bulbs and is designed to handle the variable quality of power in India and other emerging economies. Even compared with relatively efficient compact fluorescent lamps (CFLs), the new lamp uses 35% less electricity and, unlike all fluorescent lights, contains no mercury. At a retail price below $15, the payback from electricity savings versus incandescent light bulbs is 8 months and the LED bulb has an expected life of approximately 8 years.

"With 800 million incandescent light bulbs and 300 million CFLs sold in India each year, the market is ripe for these highly efficient, long lasting and nontoxic products," said Atul Lall, Deputy Managing Director of Dixon Technologies. "The economic and environmental implications of this partnership are significant: old-style light bulbs use 60 billion units of electricity each year, 7% of India's total, and our Lighting Science Group Definity lamps could save over 70% of that, equivalent to 32 coal-fired plants with 500MW capacity."

Earlier this year, LSG announced that it had sold over a million LED-based lamps in the first quarter of 2011.