Liquid-crystal lens technology enables SSL product to adapt the beam spread dynamically under the control of smartphones or other devices. 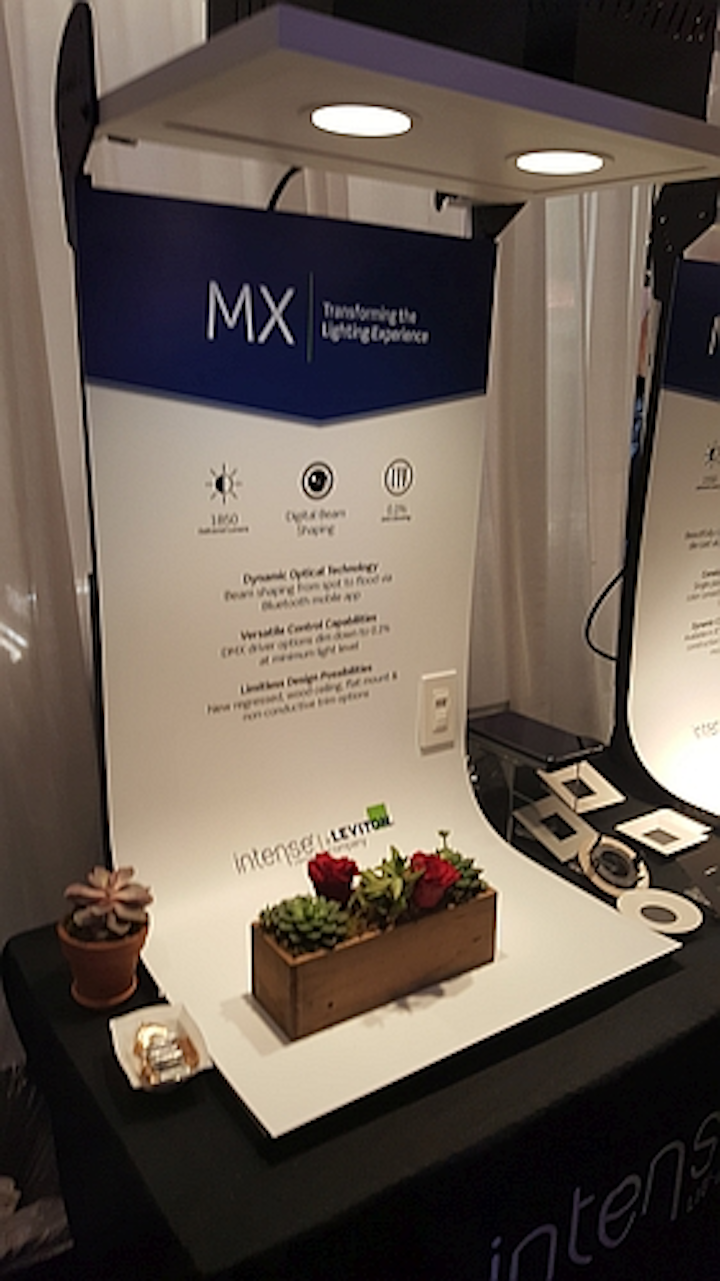 Liquid-crystal lens technology enables SSL product to adapt the beam spread dynamically under the control of smartphones or other devices.

The LEDucation tradeshow is taking place in New York, NY and the tabletop exhibits are packed, albeit with almost no real new product announcements given that LightFair International lurks a month out. But there have been a few surprise technologies on display, the most notable of which is a new downlight from Intense Lighting, a Leviton Company. The solid-state lighting (SSL) fixture uses a liquid-crystal lens that enables a dynamic beam spread adjustable from 12° to 50° with no moving parts in the luminaire.

Intense has not formally announced the new product that will be part of the MX family, and that most likely will be featured in a LightFair press announcement. Other products in the MX family have featured field-replaceable optics that enable similar changes in beam spread to the liquid-crystal-based design. But the ability to remotely change the spread with no motor driving a lens is unique.

Applications such as retail will be a sure fit for the new product. Changes in a retail store floor space regularly require adjustment of the accent lighting. Typically, such changes require ladders or lifts in the space and a significant disruption of business. In some instances, the liquid crystal approach will eliminate that challenge. 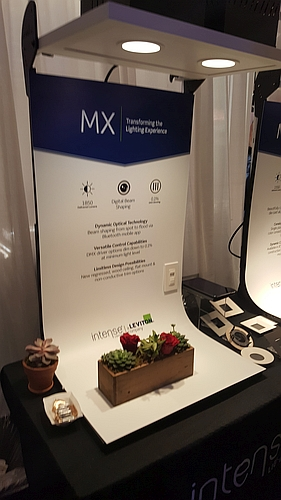 The Intense product marks something of a coming-out party for LensVector, a startup company based in San Jose, CA in the heart of Silicon Valley. The company is focused on the liquid-crystal technology in which an electrical field is used to change the orientation of liquid-crystal molecules, essentially enabling infinity to macro-lens powers. The company supplies lighting manufacturers with the lenses, the power-control architecture needed to drive the lens, and the software apps for remote control.

Brent York recently took the CEO position at LensVector. York has held executive or consulting positions at large and small companies in the SSL space, ranging from Philips Lighting to recent work at startup QuarkStar. York describes spatial tuning as the final frontier for the SSL revolution. The industry is well on the way to commercializing color tuning and the networks and controls needed in such products. Spatial tuning is essentially the changes in the angles and colors in our indoor lighting that mimic the way sunlight changes over the course of time.

Indeed, QuarkStar has also been working on optics technology that enables spatial tuning. In our LightFair 2016 report, we described a demonstration in which QuarkStar used its optics to simulate sunlight passing through a dome over the course of the tradeshow day.

We certainly look forward to more information from Intense on its use of the liquid-crystal lens. And York has said more manufacturers are working with the technology and LightFair may yield more examples of how manufacturers are using the lens technology.